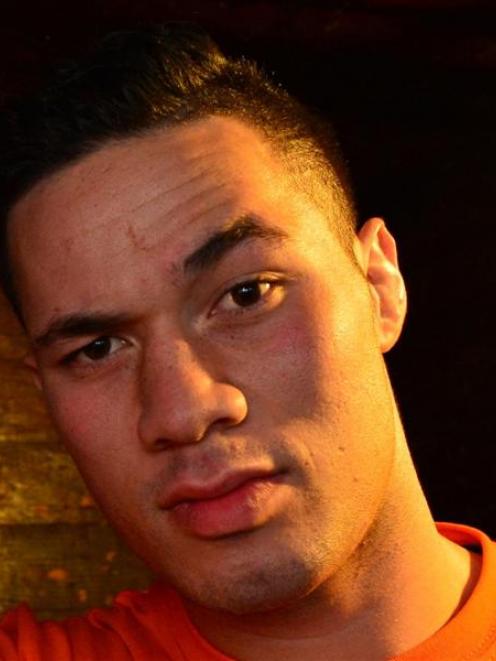 After his brutal knockout win over Afa Tatupu in their New Zealand heavyweight title fight on Thursday night, Parker was looking ahead with some apprehension.

It will be at least two months before Parker gets back in the ring after he had 14 stitches applied to a nasty left eye wound suffered in the fight. He will get the eye assessed by a plastic surgeon once he gets back to Las Vegas at the end of next week.

The cut was so bad it looked like Parker had been hacked with a meat cleaver rather than accidentally head-butted.

''That's what happens, I guess, when I don't follow coaches' plans,'' Parker said.

He said once it healed, he would be straight back into training and would be looking to unify the New Zealand titles.

Parker said he had a lot of respect for Sonny Bill Williams, but Parker wanted his belt, and he was coming for it whether Williams defended it or vacated his title.

Parker's trainer, Kevin Barry, said he was unsure how long the cut would take to heal, and while he was annoyed Parker had strayed from the game plan, he was pleased he had proved to his doubters that he was the real deal and could take a punch.

He said Parker could ''mix it with the best'' in the United States and predicted he would be world champion within five years.

Barry said there were a couple of good fighters Parker could be pitted against, but the calibre of fighters in the US had slipped over the past 10 years.

He said that was because boxing was no longer seen as the only option to make big money. There were opportunities in other sports, including college scholarships.

Duco Events promoter Dean Lonergan said the priority had to be Parker's health, and he would be fighting in New Zealand for the next two years.

Veteran boxing commentator Bob Sheridan (78), who has commentated on more than 10,000 fights, including 948 world title fights, believes Parker is the best heavyweight prospect he has seen in at least 20 years.

Sheridan said Parker possessed the four key ingredients to being a great fighter.

''He has heart, ability, conditioning and intelligence, which is something that very few fighters collectively have'' Sheridan said.

''Muhammad Ali, Sugar Ray Leonard and Roberto Duran were nowhere near the level of this kid at this stage of his career.''

Sheridan said it was hard to put a time frame on when Parker's cut might heal because it all depended on the plastic surgeon, and everyone was different when it came to healing.

Sheridan rates Larry Holmes as the greatest heavyweight because he was the only one to be knocked down in three fights, to the point where his eyes were rolling back, before going on to knock his opponent out.

He said Floyd Mayweather was the best defensive fighter he had seen, while his greatest lightweight was Roberto Duran.

Sheridan said he expected Parker to be added to that list.

''He is still a puppy finding his way. He will be a world champion, and I know, because I have seen them all.''