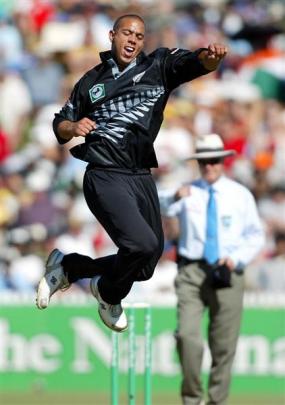 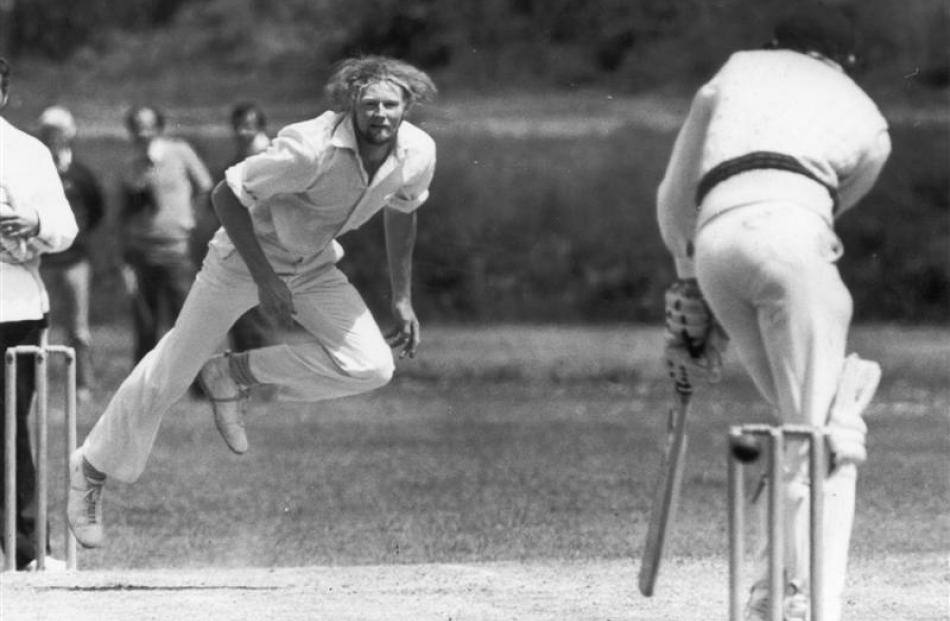 Murray Webb slips a delivery down leg during an Otago trial in 1980. Photo from ODT files. 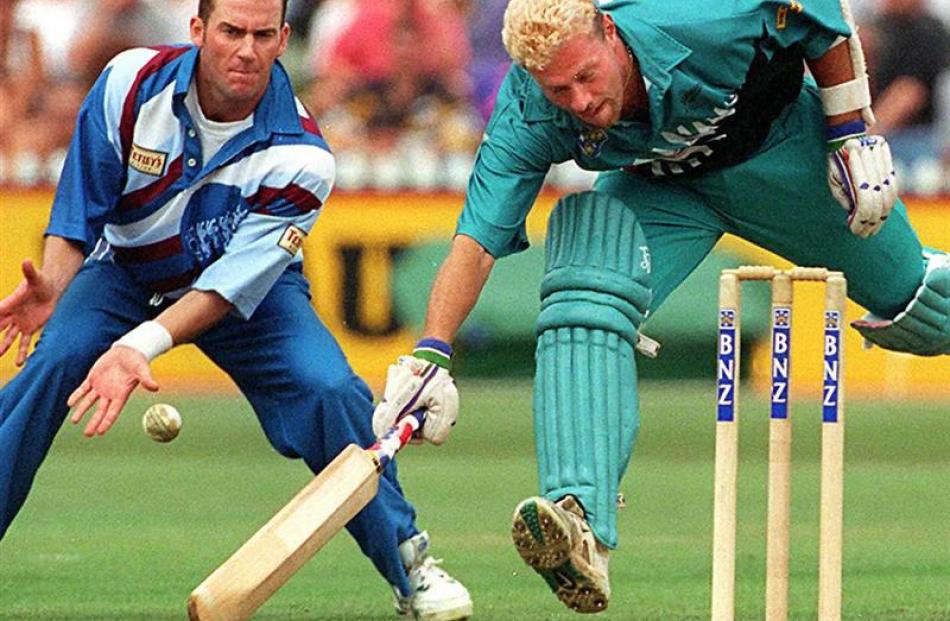 Heath Davis narrowly makes his ground during a one-day match against England in 1997.

Selecting a greatest New Zealand test XI is a curly exercise, made even harder when you restrict its members to a maximum of just five tests. Cricket writer Adrian Seconi picks a team from players, who for whatever reason, were cut off in their prime.

Rodney Redmond (one test, 1973) Who could forget Rodney Redmond? The selectors, that's who. The blond-headed left-hander became an instant cult hero when he scored a century on debut and backed it up with a half-century in the second innings. But his efforts against Pakistan were as good as it got. Failing eyesight and a drop-off in form brought an end to Redmond's brief international career.

Bert Vance (four tests, 1988-89) The Wellington wicketkeeper turned opening batsman forged a very respectable first-class record, scoring 12 centuries and averaging 34.43 in 119 games for his province. The highlight was an undefeated 254 scored against Northern Districts at the Basin Reserve in January 1989.

He did not let his country down when he was called into the national squad at the age of 33. The right-hander scored 207 runs at 29.57 in four tests in the late '80s.

Rod Latham (four tests, 1992-93) The burly opener is better known for his efforts at the top of the New Zealand order in the one-day game, but he played four tests, scoring 219 runs at 31.28. The highlight was the 119 he scored against Zimbabwe in Bulawayo in November 1992.

Brun Smith (four tests, 1947-52) A popular performer for Canterbury during the 1940s and early '50s, Smith played four tests but lost his place to the great John Reid. There is certainly no shame in that and Smith got to protect an impressive average of 47.40. No doubt he would have played more than the four tests had New Zealand played more test cricket during that era.

Gary Stead (five tests, 1999) As a gap-filler Gary Stead did an admirable job. He played all five of his tests in a nine-month period in 1999 and showed plenty of grit, particularly against the South African attack which included Allan Donald and Shaun Pollock. He scored 78 against India in the subcontinent but was dropped after a disappointing showing against the West Indies.

Ian Cromb (five tests, 1931-32) He toured England in 1931 with Tom Lowry's New Zealand side and played in all three tests. His highlight was bowling the great Wally Hammond in the first test at Lord's for just seven runs and he also dismissed openers Fred Bakewell and John Arnold as the home side slumped to 31 for three.

He played five tests in all, averaging 20 with the bat and 55 with the ball. But he was a much better player than those bare statistics suggest and gets the nod as the team's all-rounder.

Mark Priest (three tests, 1990-98) The Canterbury left-arm spinner took more wickets for his province than Sir Richard Hadlee but was unable to reproduce that form on the international stage. He played three tests in eight years with modest success, but took 329 first-class wickets at 31.84, including a best of nine for 95. He was also a useful batsman with four first-class centuries and an average of 30.58.

Barry Milburn (three tests, 1969) The Otago keeper was a well-respected gloveman, but his career was held back because he lacked batting ability. He did have one memorable day with the blade when he scored 103 against Wellington at Molyneux Park in Alexandra. It was his only first-class 100. Milburn played three tests for New Zealand against the touring West Indies side in 1969 and took six catches and made two stumpings.

Andre Adams (one test, 2002) The mercurial right-armer is a polarising character, but he took six wickets on debut against England in 2002 and rightly would have expected another shot at test cricket after a strong performance like that. But he struggled for consistency and fell behind all-rounder Jacob Oram in the pecking order.

He has taken more than 600 first-class wickets and certainly deserved a second test at the very least.

Heath Davis (five tests, 1994-97) The big-hearted Wellington fast bowler was erratic but exciting. He bowled with plenty of heat, but his technique was sadly lacking.

A colourful character, with equally colourful hairdos, he had a cult following, particularly among Wellingtonians. He did not have the worst record either, picking up 17 wickets in five tests at the very respectable average of 29.35.

Murray Webb (three tests, 1971-74) He is better known for his clever caricatures. But before Webb took to lampooning some of New Zealand's most notable individuals he forged a very useful first-class career for Otago.

In 20 games for his province, the right-arm fast bowler took 105 wickets at an average of 18.54. That sort of form eluded him in the international arena. In three tests he took four wickets at a bulky average 117.75. He retired young, but one wonders what he would have been capable of, with a few more opportunities.