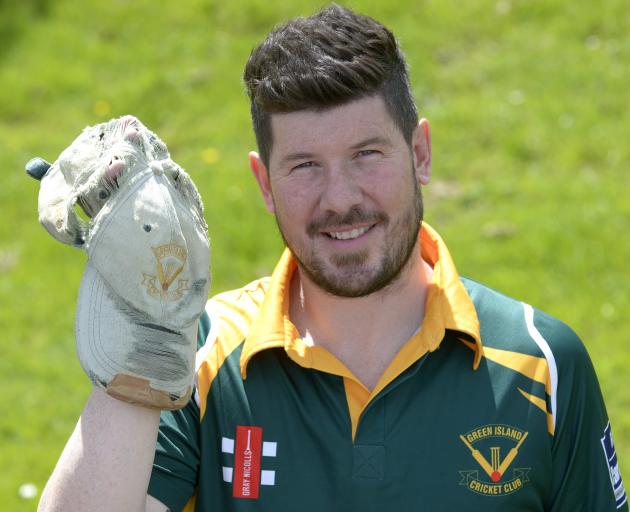 The 38-year-old will play his 400th senior game for the club when the Swamp Rats host University-Grange at Sunnyvale in a declaration match.

It is an extraordinary feat of longevity. Lobb joined the club when he was still at school and made his senior debut in 1998.

He still has the cap he was presented on his debut. The threadbare old thing is still hanging in there, rather like its owner, Lobb suggested.

"I've still got the hat and won't change that until I'm done," he said.

"But I'd say this will probably be my last year. But you never retire at Green Island, you just stop playing as regularly."

Lobb captured his 800th wicket for the side in February. He took five for 17 to help Green Island record a comprehensive 137-run win against Carisbrook-Dunedin.

Despite all the talk of slowing down, Lobb is still one of the best seamers in the tournament and as competitive as ever.

He played one first-class game for Otago in 2007 and has had some memorable moments during his 20-year stint.

He is the club's leading wicket-taker with more than 820 scalps. Nine of them came in one innings when he took nine for 15 in a game against Otago Boys' High School in 2014.

Lobb has played more games for the Green Island seniors than anyone else and, during his tenure, the team has won 11 banners and won or shared five national club titles.

"I'm not there just to make up the numbers. I'm able to run in a bowl and take the odd wicket here and there."

Lobb played back-to-back games on the weekend. He nabbed three wickets in the two-wicket win against Taieri on Saturday and picked up another wicket in the 120-run win against Carisbrook-Dunedin in the knockout tournament.

Tom Beaton was the star, though. The Former Melbourne Renegades player smashed an undefeated 146 from 124 deliveries to power his side to a formidable total of 283 for six.

Veteran all-rounder Mark Joyce, fresh from picking up his 600th wicket for the side the previous day, celebrated with a five-wicket bag to help dismiss Carisbrook-Dunedin for 163.

Geordie Scott made a valuable contribution as well with three for 27. Kane McKay top-scored for Carisbrook-Dunedin with 52 from 44 deliveries, while Cam Hawkins made 34 at the top of the order.