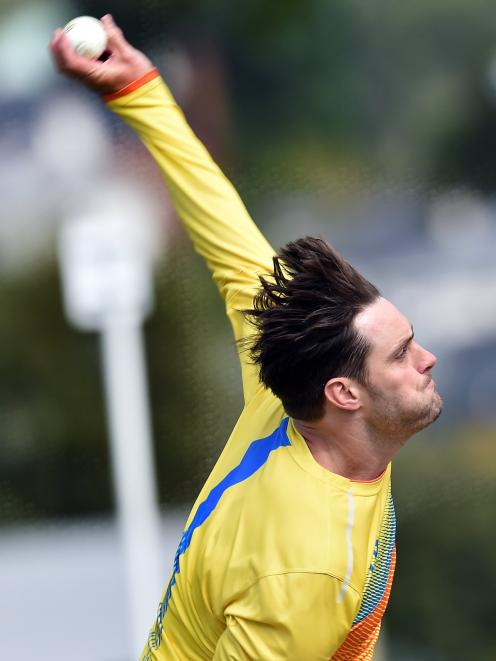 Coggan, who was approached by the Otago Daily Times for comment, has made the appeal following disappointing Super Smash campaigns by both the men’s and the women’s teams.

The Volts and Sparks both made the playoffs last season, but have been off the pace this summer.

The Volts crashed to a heavy loss to Auckland on Monday. They were bowled out for a 80 — a record low for the province in the format.

The Sparks have improved as the campaign has progressed, but have struggled with their depth and lack of experienced players.

"It is probably fair to say neither of our two flagship sides have met the same level of performance as last year, I think that is a given," Coggan said.

"We are part of a national framework ... and when you look at what we are trying to achieve we’ve been off by a small percentage and that small percentage is enough to go through a period where you sustain some losses.

"But the bigger picture is our cricketers are growing and they are improving, and we’ve got four bowlers in the men’s side that are playing regular cricket for New Zealand A.

"Our depth is tested when those guys are away for lengthy periods and we’ve had Nathan [Smith] injured for a chunk of the tournament and we’ve been disadvantaged by Dean Foxcroft not being able to get back into the country."

The weight bags are positioned at the wide lines and where the batsman’s toes would be.

In a "tight and quality" tournament like the Super Smash, you need everything in your favour.

Otago has a couple of natural disadvantages. It has comfortably the smallest population of the major associations, and the weather is not always conducive to playing quality cricket.

Recruiting players has also been an enormous challenge and that is where Coggan believes New Zealand Cricket could step in.

"We have fewer high schools in the region churning out quality cricketers ... and it would be our view that New Zealand Cricket got involved and supported us.

"Players who could be playing cricket but aren’t contracted and decided to stay in their regions rather than move, it would be great to have dialogue to encourage some of those players."

Coggan felt the men’s domestic set up — which sees each of the six major associations contract 16 players — was a tremendous system which produced an even competition and some quality international cricketers.

But one of the disadvantages was that you did not necessarily end up with the best 96 domestic players in the country contracted.

"The benefits far outweigh the disadvantages, but we would like to be supported with players who aren’t playing who would actually add some value."

Otago has stuck with the same 12 for its match against a star-studded Northern Districts line-up at the University of Otago Oval this afternoon.

The Knights will be without Black Caps captain Kane Williamson, who has been ruled out because of a niggly elbow complaint.