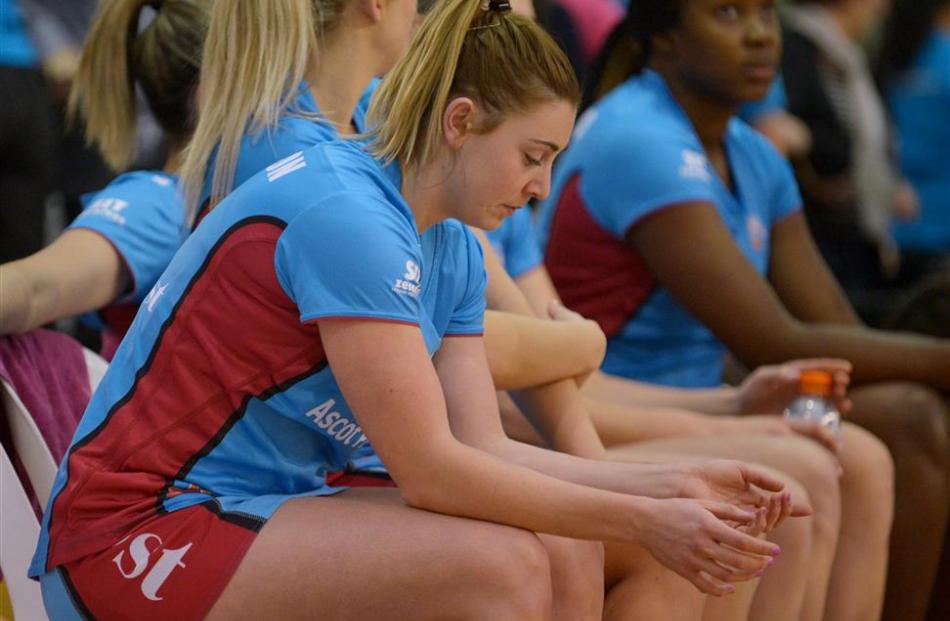 Gina Crampton gets ready for the Southern Steel's match against the Firebirds at the Edgar Centre on Saturday PHOTOS: GERARD O'BRIEN

Crampton and her team-mates warm up 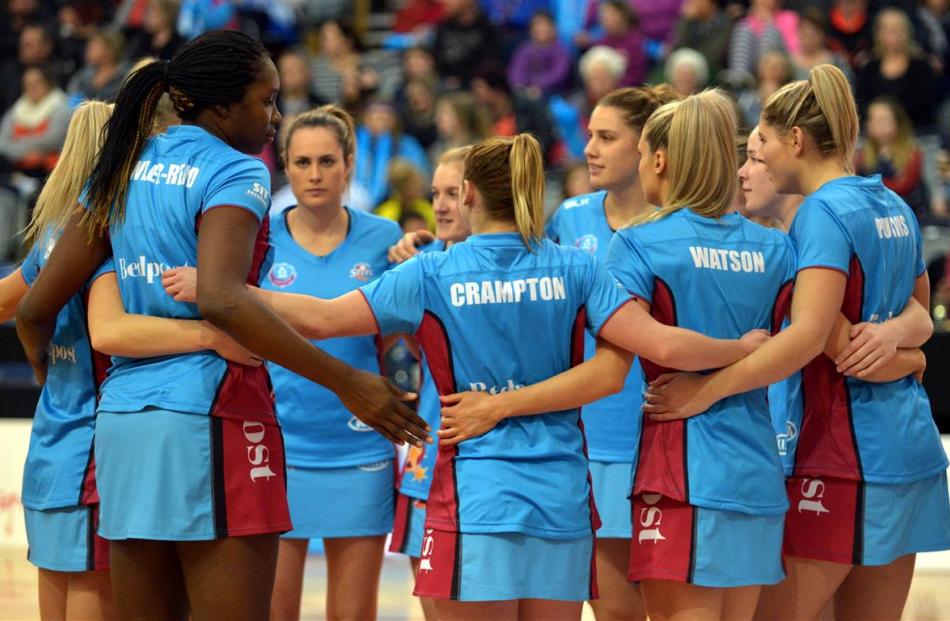 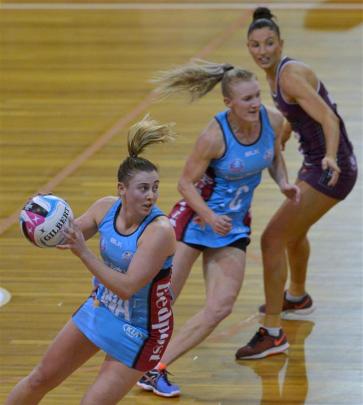 Crampton looks to move the ball on against the Firebirds, as Steel centre Shannon Francis and Firebirds centre Kim Ravaillion look on.

Professional athletes do not just roll up 20 minutes before the game and start playing. It is a long day of routine and meetings. Reporter Damian George outlines Southern Steel netballer Gina Crampton's match-day routine.

"Storm [Purvis] and I always go to a cafe to get breakfast. I usually get scrambled eggs on toast, usually ciabatta. They're better than the ones I make. If we're at a hotel, I'll often have fruit and [Greek] yoghurt and a glass of orange juice. Often I'll have things like plums and rock melon.''

"We always do a walk through. Wendy [captain Wendy Frew] runs it. We always play a game to start. Every week, someone gets to choose a game that we play. It's purely just for a warm-up. Some of the games we've played recently are one-touch netball (where you can run with the ball), one-touch basketball and ultimate frisbee.

"Then we'll do a ball drill, where one player tries to throw the ball out of court and another player tries to stop it, so that gets your arms moving. Then we have two combinations that we run through to do through-court attacks. "We'll go the length of the court four times, and from a centre pass twice. It's seven on five, but sometimes management put bibs on to even the numbers up. The first combination is an alternative starting seven, and the second combination is the actual starting seven.

"Following that, we'll have a drink [water], the shooters go to the posts and the rest of us do anything, something we might need to go through before the game. That's about five minutes maximum. We warm down just by walking for a couple of minutes.''

"We come together as a group and Wendy has a bit of a chat to give us a wee `gee up'.''

10am - The team disbands

"If I'm in Dunedin, I go home. Otherwise, we just mill around at the hotel. We'll just chill out. We'll just watch TV or be on our phones. There's nothing specific I watch, just whatever's on.''

"We eat quite early so we have enough time to digest our food so we can eat again before the game. We always go to Starfish when we're in Dunedin and we try to go as a group. There are usually at least six or seven of us.

"I had kumara, bacon and spring onion cakes with salad, and a banana smoothie. I don't have a regular meal, but I try to avoid spicy food on game day.

"In Christchurch, the Christchurch Marathon was on in town and we were stuck in traffic for an hour.

"We didn't book for lunch and all the cafes were packed, so we ended up going to a mall and didn't eat until about 12pm. The food wasn't that good but we just carried on.''

"I always have to have a green Powerade on game day, so I always go to the supermarket and get one of those. I've done that every game for the last couple of years. When we go to Australia, they don't have them, so I had to buy some here before I went. I took two. I'd like to say I'm not superstitious, but I think I am. And I always wear the same coloured socks, they have to be blue.

"If we're in Dunedin, I go back home and everything's in my room, which is quite nice. At a hotel, everything's in a bag. I pack my shoes (I wear jandals to the game), my socks, dress, two bottles, strapping tape and my tracksuit for after the match. Then I'll just watch some TV before we head to the stadium.''

"Us Dunedin girls will go to the hotel where the rest of the girls are staying. The physio does strapping and we have our pre-game food. I strap the soles of my feet and then pad them with foam padding, because I get a heat-friction pain if I don't. I also put toe socks on my three middle toes.

"We always aim to eat by 2pm. I have an English muffin with peanut butter and banana, and I always have a vanilla Up 'n Go. Then we just hang around at the motel, watching television or whatever. Recently, we've been watching the NBA.''

"We go straight to the changing rooms and weigh ourselves [to monitor weight loss during games]. I'll put my shoes and dress on and we'll have lots of music going - just anything with good energy. Brooke [Leaver] is in control of the music because she brings the speaker.''

"We do body weight exercises, like banded jumps and fast feet, for about five minutes. Then we'll do some pull-ins [catching the ball above head height] in pairs.''

Followed by "man love'' - high-fives, hugs and "embracing each other''.

"We go through a warm-up designed by our physio aimed at reducing risk of knee injuries.

"There are lots of running exercises, jumping and landing, as well as ball work in pairs. Then the shooters will do some shooting and the rest of us will do some intercept drills.''

"We'll run through two centre passes and a back-line throw-in. Then we split into four corners of a third and pass the ball round, following the ball after you pass. If you bounce it, you run in the other direction.''

Meal put on by venue caterers which both teams attend.

"We all have to watch it at some point to reflect on it before we next meet up but Storm and I usually watch it straight away.''

"It's always a late night on game night, because you're so wired.

"I shower again and then get into some skins. I sometimes eat again, but not always.

"I usually don't get to bed until midnight. If it's a late game, I go to bed even later than that.''