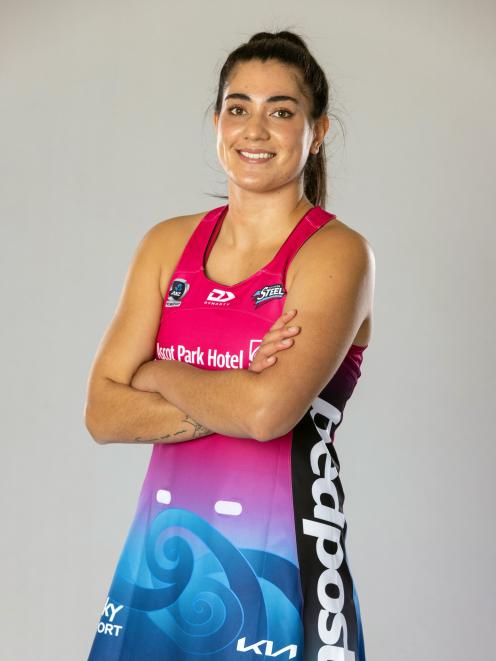 Kiana Pelasio. Photo: Michael Bradley
A lot can change in 15 minutes of netball.

Despite three close quarters, Phys Ed A beat College A 67-53 in the Dunedin premier clash at the Edgar Centre on Saturday.

Just one goal separated the teams as they headed into the final quarter.

College was in the lead after scoring five in a row at the end of the third, having pulled back a four-goal deficit.

Phys Ed must have been aware of College’s ability to strike late and made a blistering start to the final quarter.

The team scored off all its centre passes and made the most of College’s errors, such as misplaced passes and missed shots.

Her attacking play was mixed up and included holding space at the top of the circle and receiving a long pass under the hoop or presenting in front of her team-mates.

She was able to shoot from long range or short and, at times, drew the attention of both of College’s circle defenders, who doubled up on her.

Leilua was supported by Georgia White, who switched from wing attack to goal attack at halftime and put her speed and vision to good use.

The game was not always Phys Ed’s, though, and until the final quarter, it could have gone either way.

The lead changed regularly throughout the game and the margin remained relatively close.

Often, Phys Ed would pull ahead during a quarter and College would close the gap at the end.

That was the case in the second period, when Phys Ed led by three and College landed three in a row to level the score at 30-all at the halfway mark.

College outscored Phys Ed by one goal in the third quarter, landing five in a row in the dying minutes.

Defender Camryn Potangaroa helped by picking up a crucial intercept and did her best throughout the game to disrupt Phys Ed’s attack.

Goal attack Kiana Pelasio was injected into the game in the first half, which created more movement in College’s attacking end.

She was paired with goal shoot and sister Talei Pelasio, who was her team’s dominant shooter, scoring 34 from 37 (92%).

They were up against Phys Ed’s goal defence Meg Timu, [who gained a few intercepts of her own which contributed to her team’s win.