The Black Ferns Sevens have beaten France 26-12 to claim the gold medal at the Tokyo Games.

Tries to Michaela Blyde, Gayle Broughton, Stacey Fluhler and Tyla Nathan-Wong saw the side home, while Sarah Hirini, Ruby Tui and Kelly Brazier did some massive work in the middle of the park on Saturday night. 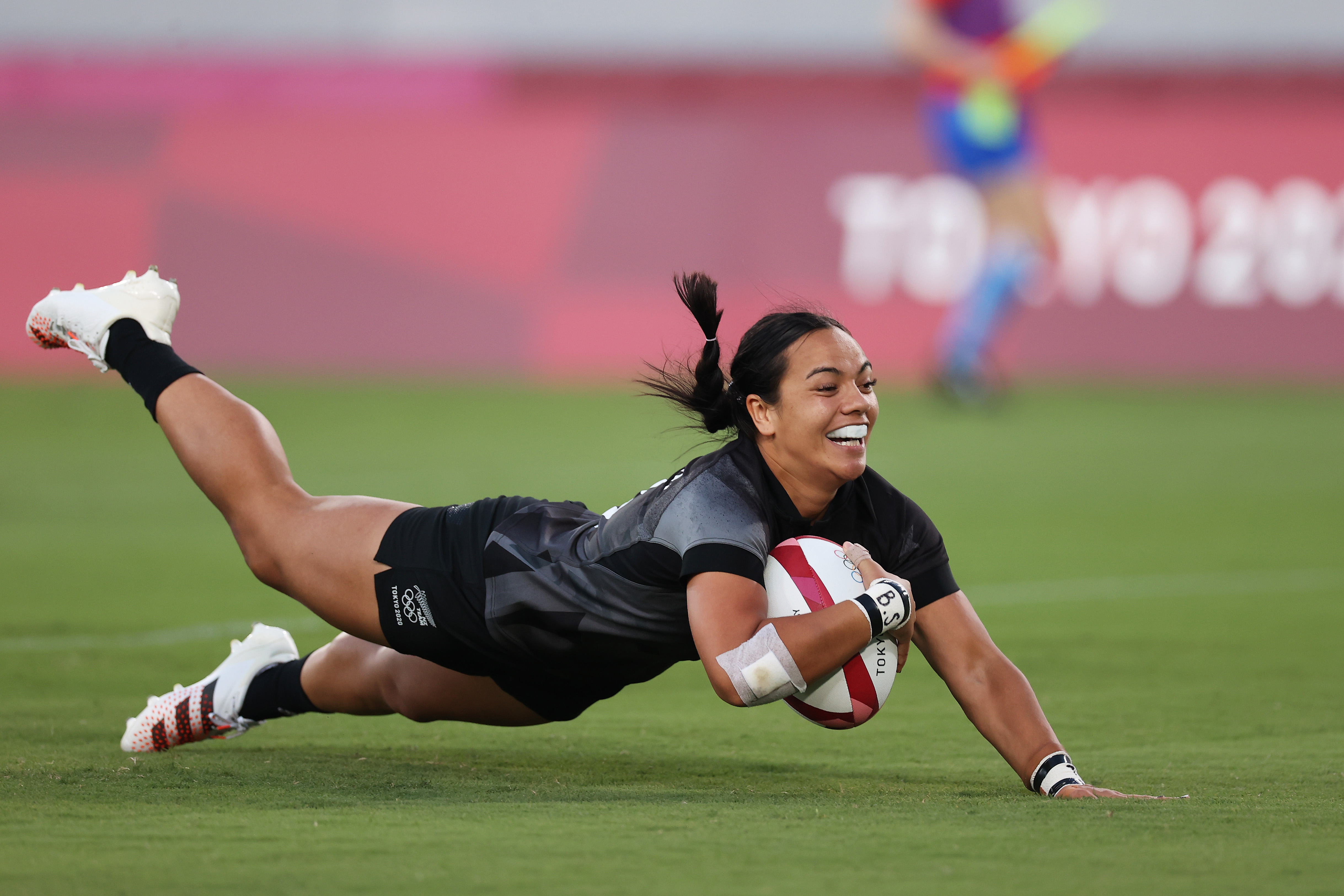 The French were game, as expected, but the Kiwis took advantage of their opportunities and wore the French down.

"There's so much going through my mind. I'm just so happy," Black Ferns captain Sarah Hirini said after the game.

THEY’VE DONE IT! The NZ Women’s Rugby 7s Team have just won GOLD at the Olympic Games🥇
5 years of mahi, 5 years of reflection, resilience, perseverance, and redemption. This team has represented NZ with such mana & we couldn’t be more proud.#EarnTheFern well and truly #Earned pic.twitter.com/BkLOAHVak8

"I love you mum, I miss you. I'm just so grateful to be part of the best team in the world.

"Our team has been through so much in the last five years and we're bring home the gold to New Zealand."

"I can not be more proud.

"We love each other. It's pretty special. When I go home there's probably going to be a lot of hanging out together. This is the last time we will all be playing together."

In the bronze medal match, Fiji beat Great Britain to snare their country's second medal of the games, after the men won the Sevens.

The Black Ferns Sevens with their gold medals in Tokyo. Photo: Getty Images
New Zealand won the silver medal at the Olympics five years ago, and another silver in the men’s competition in Tokyo, but finally they have their gold as they lived up to their billing as top seeds in the competition.

They controlled possession from the kick-off of the final and got their reward when Hirini released the speedy Blyde to score the opening try.

But France hit back through Caroline Drouin as she raced through an uncharacteristically large hole in the Black Ferns' defence for an unconverted score.

New Zealand’s pace was creating space in wide areas, however, and Gayle Broughton managed to dive over in the corner, before Stacey Fluhler carved through the French defence to give her side a 19-5 halftime lead.

Anne-Cecile Ciofani kept France in the contest with a try after two minutes of the second half, but New Zealand restored their 14-point advantage when Tyla Nathan-Wong crossed between the posts.