Kiwis row to gold at Olympics 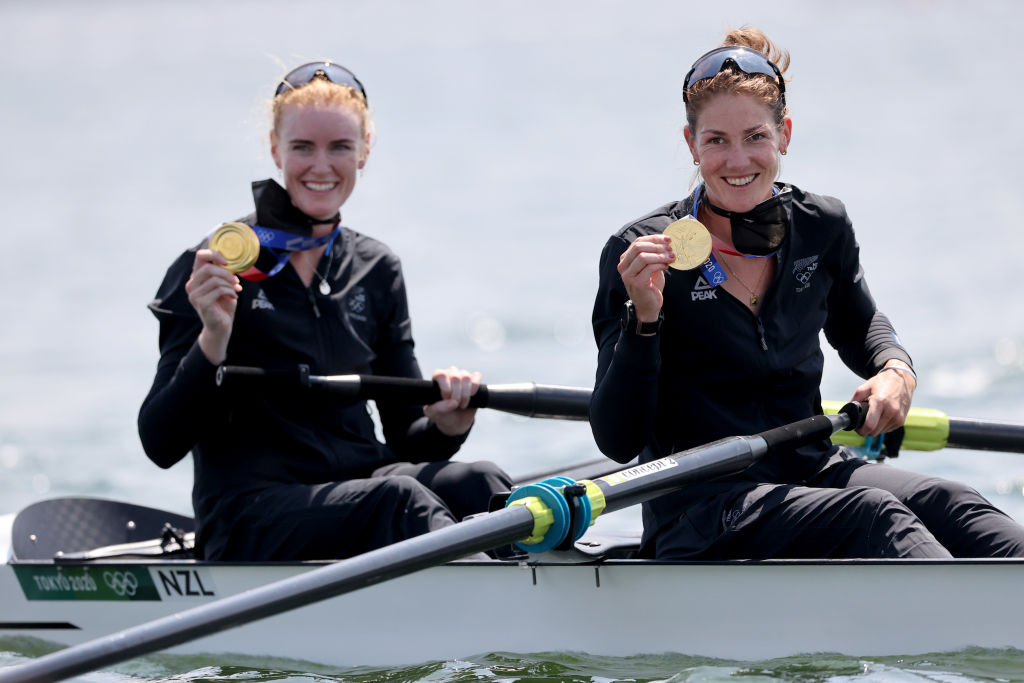 Grace Prendergast and Kerri Gowler from New Zealand with gold medal at the award ceremony. Photo: Picture alliance via Getty Images
New Zealand has claimed its first gold of the Tokyo Olympics.

Also, love to see how happy the Russians are to take second! pic.twitter.com/tr1xmvuhnn

The duo, who set a world-best time in their semifinal yesterday, trailed Canada narrowly at the halfway point but surged ahead from there.

Canada fell back to third, two seconds behind the New Zealand crew.

The world champion pair, who have been racing together since 2014, are just the third female Kiwi crew to win an Olympic gold.

An ecstatic Gowler thanked supporters after the race, saying she was "gutted" fans couldn't celebrate with them because of the Covid-19 restrictions in Tokyo. 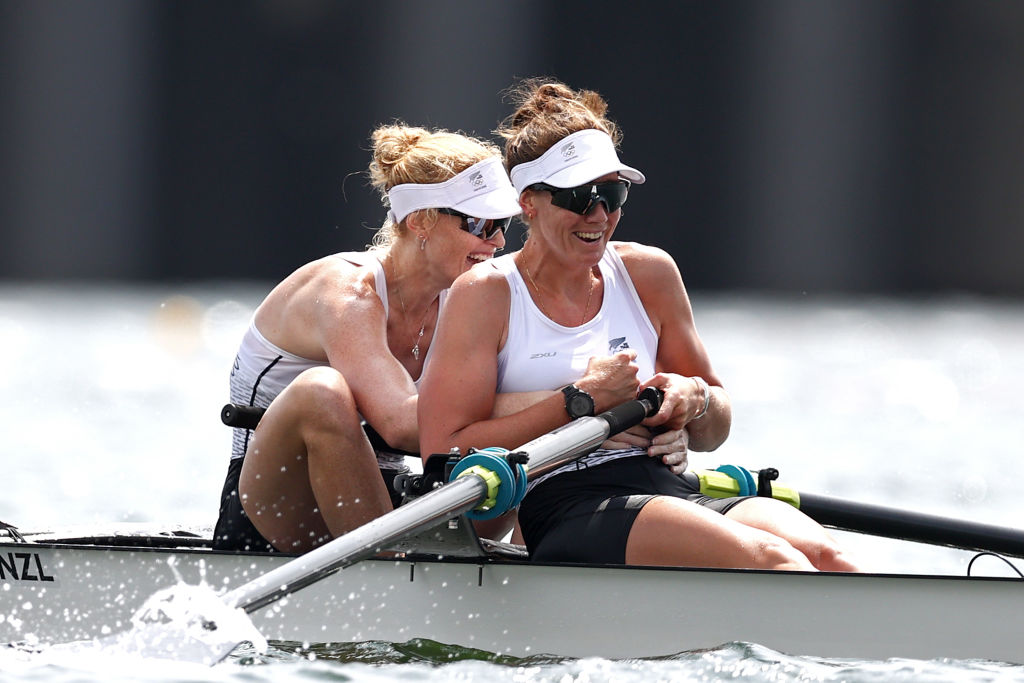 "Thanks for all the support, it's been such a long campaign... five years, and I'm gutted everyone can't be here with us. But we hope we have made you proud!"

"We crossed and I was like 'Was someone ahead of us?' I was just so focused on us so I was like 'Did we do it?'. Honestly, I can't believe it."

Prendergast called the final a "whirlwind".

"It was a hard race but we knew from practice that we were faster. We were just heads down and go - and it was going really fast.

"It's been such a good season but this is the cherry on top to come out on top. I am just so stoked!"

The medal is New Zealand's fourth of the Games, following silver in the men's sevens and women's double sculls, as well as Hayden Wilde's triathlon bronze.

- By Jeff Cheshire and NZ Herald