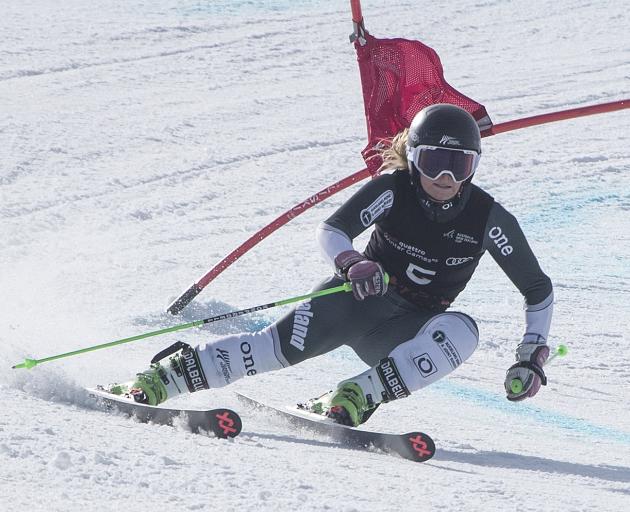 But the 16-year-old made the most of the home advantage, flying down the course twice to set a scorching combined time of 1min 48.36sec.

It proved insurmountable for world cup skiers Alex Tilley, of Great Britain, and Lena Duerr, of Germany, who finished in second and third respectively, close to a second off the pace.

Wanaka skier Piera Hudson was not far behind, finishing in sixth.

Robinson was ecstatic with her performance, which was her first victory in an Australian New Zealand Cup race.

``It's such a nice feeling. It is crazy. My second run was definitely on the edge, with a couple of close calls, but it was solid. Conditions are great out there.''

She will have a chance to claim back-to-back golds as another giant slalom race begins this morning.

In the men's field it was Slovakian Adam Zampa who claimed top spot, his 11th podium finish at the New Zealand Winter Games over the past years.

He was closely followed by Sam Maes, of Belgium, 0.52sec behind, and tied for third were team-mates from the Netherlands, Steffan Winkelhorst and Maarten Meiners, both 1.31sec behind Zampa.

The Slovakian was pleased with the result - ``I am very happy coming back from injury as last year was hard with my knee. This year I hope I am back and I am working very hard with my team.

The second day of the Australian and New Zealand giant slalom starts this morning at Coronet Peak, with two days of slalom racing to follow.