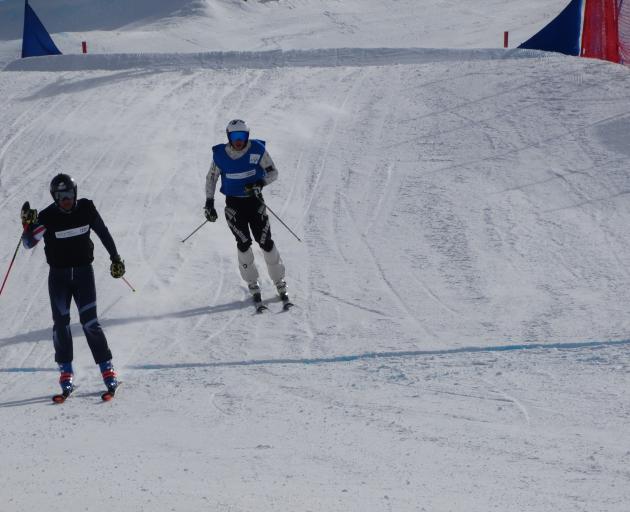 Wanaka teenager Ben Richards trails winner Oliver Davies, of Great Britain, in the quarterfinal of the junior world ski cross championships at Cardrona yesterday. Davies eventually won the gold medal.PHOTO: SEAN NUGENT
It's not everyday you find yourself in the world championships of something you have never done before.

But that is exactly what happened to Wanaka siblings Ben (18) and Kate (16) Richards yesterday when they competed in the junior world championship ski cross at Cardrona yesterday.

Ben said the pair, both alpine skiers, had been ``encouraged to have a go'' and said it was ``heaps of fun''.

They had just two days' training and a time trial to work out what to do before they were thrown in the deep end, racing against some of the world's best junior ski cross athletes.

``The start was the biggest difference, I think ... and riding with three other dudes as well,'' Ben said.

But they showed they were quick learners, both qualifying for the finals. Ben finished in seventh and Kate in eighth respectively.

While alpine skiers at heart, they said they could possibly be persuaded to compete in ski cross again. 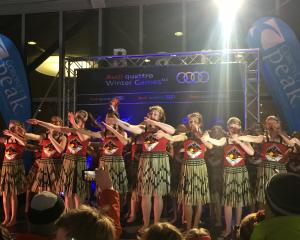