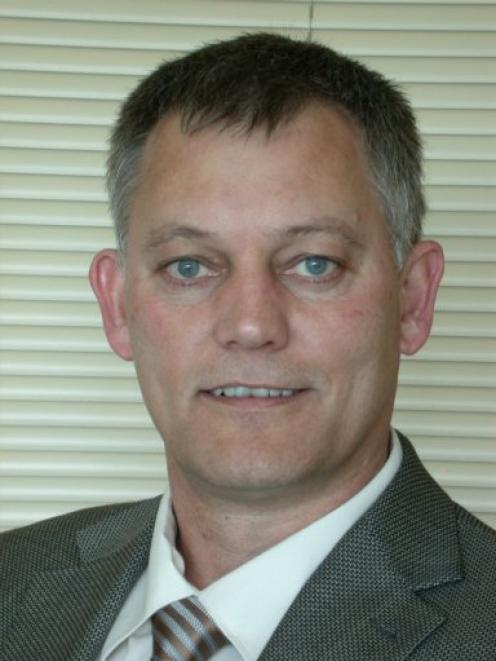 Thunes Cloete
The vision of a $1 million sports hub complex at Centennial Park has received a setback with an application for a grant needed to ensure its construction turned down by the Lotteries Grants Board.

Two of the major sports bodies involved - the North Otago Rugby Union and the North Otago Cricket Association - have not given up hope of getting the project off the ground, but accept it will have to be delayed.

The Waitaki District Council applied to the board's community facilities fund for a grant of $667,000, after the council had contributed $333,000, made up of an internal loan of $109,000 to be repaid by rent from the complex and reallocating $224,000 from an irrigation project at Centennial Park.

Council community services manager Thunes Cloete confirmed yesterday the grant application had been declined, not because there was anything wrong with it but because of the demand for funding.

There were applications totaling $22 million for $7 million in the fund.

Mr Cloete planned to informally discuss the decision with councillors at their meeting today, then prepare a report on options for the December 15 meeting.

Borth sporting bodies were disappointed the project had missed out on funding, but still want it to go ahead.

NORU chief executive Colin Jackson said the original aim had been to have the complex in place for the international Golden Oldies rugby tournament, planned for Oamaru as part of next year's World Cup.

That was not possible now because construction would have had to start this month.

However, he believed the sports hub should still go ahead and hoped another application would be made in the next round of funding.

"The principle of the concept remains and is still important. I still believe it is the perfect project for development of sport in the region," he said.

But, for cricket, the building was vital for its plans to develop the back fields at Centennial Park for first-class games, particularly with increasing cross-over between the rugby and cricket seasons.

To meet New Zealand Cricket's requirements, changing, viewing and other facilities were needed on the back grounds.

The complex was also needed for the good of sport in general in North Otago, he said.

The Waitaki sports house concept emerged in August, when the council was asked for funding to kick-start the project and provide seeding finance for an application for lotteries funding.

The two-storey complex of offices, changing rooms, toilets, showers, function area, bar and viewing area would be sited west of the main oval, overlooking the oval and grounds 1 and 2.

The NORU, the NOCA and Sport Otago/Sport Waitaki were committed to being tenants in the building, which was envisaged as being a centre for North Otago sport.

However, some sporting codes were not so keen on the project, with plans for their own facilities.