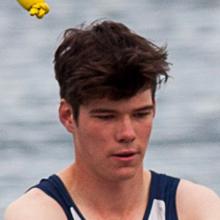 Hunter Walker
Maniototo will be well-represented in Lausanne in January.

Four teens from the area have been named in the New Zealand team for the Winter Youth Olympic Games.

Hunter Walker, Will Becker, Lucy Neilson and Zoe Harman have been named for the under-18 event.

Team captain Walker was excited and was looking forward to carrying on a family tradition.

"It's very physical so you've got to be really fit to play which is part of the fun.

"It's also great to compete internationally and make friendships all over the world.

"My family has a strong curling history.

"I started playing when I was about 7 years old at the Maniototo International curling rink in Naseby."

During the first week of the Games, which start on January 9, the quartet will compete for New Zealand.

In the second week each curler will be paired with someone of the opposite sex from another nation as part of the mixed doubles event.

Becker, Neilson and Harman all attend Maniototo Area School, while Walker recently finished at Otago Boys' High School. He is from the Maniototo.

Team coach Nelson Ede said a huge number of Maniototo youths were involved in curling thanks to the accessibility of the Naseby Indoor Curling Rink.

"Central Otago is very much the heart of curling in New Zealand and we have a strong curling history in Maniototo," Ede said.

"The kids get right in behind it. They see their peers doing well and see the opportunities the sport has to offer and think `I'd like to have a go at that'.

"We're really pleased with these selections. It's a real opportunity for the athletes to compete on the world stage and learn lots. It should set them up for further success."