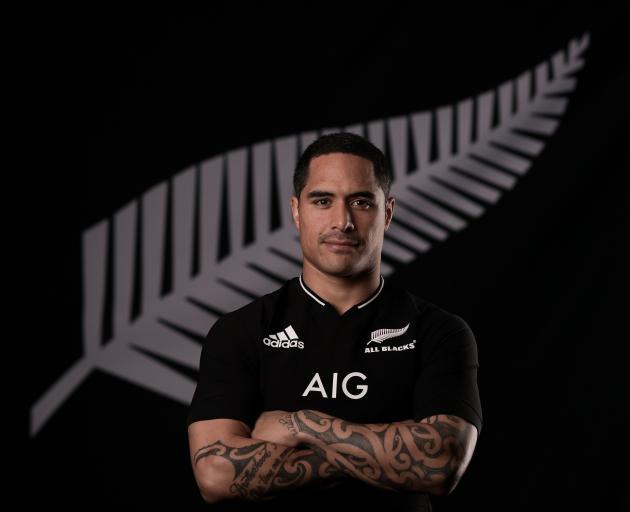 Photo: Getty Images
Nobody has written more about Aaron Smith, or watched him play more rugby, than Steve Hepburn. We asked our erstwhile  sports editor to offer his comments as part of Aaron Smith Week.

The best thing about Aaron Smith? He has not got a worst thing.

Over the years in All Black rugby, most of the halfbacks have had an Achilles heel.

Sid Going did not pass enough. Chris Laidlaw passed too much. Trapper Loveridge did not have a great running game. Graeme Bachop was too fleeting. Byron Kelleher was a tad greedy. Justin Marshall, well, we all know his limitation - whether it was true or not.

But when it comes to Aaron Smith, it is hard to find any glaring hole in his game.

Perhaps — and this is a stretch — he kicks sometimes when he should pass, but that is being harsh.

Smith is the sort of player who makes the hard stuff look easy. From his 99 tests he has played, he has lost just 11 times - a very impressive win ratio.

He has played in one of the All Blacks’ greatest eras and is a big reason why the team has done so well in the past 10 years.

He gets ball - be it on a dinner plate or complete rubbish - from his forwards and simply clears it to his outside men. That bullet pass - one never tires of that.

How many tries has that pass created over the years? It just gets taken for granted.

Watch any other halfback and they get tied up so often.

Not Smith. He throws out a dart of a pass. The ball then goes to a different part of the field and another phase starts. And who is there to keep the game going? Smith.

Smith is an absolute key for the All Blacks’ high-tempo game that has won so many games in the past decade.

They usually pull away in the last 20 minutes as teams struggle to match them. Pundits point to the bench for the dominance at the end. But it is the hectic pace played from the first minute that does it.

Smith has set that benchmark with his dynamic game which gets the All Blacks going in the right direction.

Would the All Blacks have been as dominant with someone else at halfback? Unlikely.

His pass is fantastic.

The first try in the Rugby World Cup final in 2015, scored by Nehe Milner-Skudder - that was all down to Smith.

Queensland rugby league great Johnathan Thurston had a great ability to be involved in every minute of every game as he had a fast running speed.

Smith is the same. He cruises from ruck to ruck at a speed the envy of many track athlete.

It is a huge key to the All Blacks’ game. There is no-one else in the game that can do that. And has done that for so long.

As he has got older, Smith has matured. He is a complete professional now, who, if anything, is getting better.

Most players taper off and live off past glories. But Smith is staying at the high standard he set from that first test he played against Ireland in 2012.

Smith has seen off all rivals over those 10 years. No-one has ever questioned when his name is read out on the team sheet. Those rivals have moved on or sit behind Smith, knowing they will get one of the best seats in the house.

When he played his first game at Forsyth Barr Stadium in 2012, he said it was worth two more players on the field.

The way Smith plays, he is the worth of two players.

Bachop was only "too fleeting" because Mains wouldn't pick him for two years. And anybody who thinks Loveridge didn't have a running game obviously never saw him play.

Smith, though, is supreme when it comes to fitness and ability to always be where he's needed.