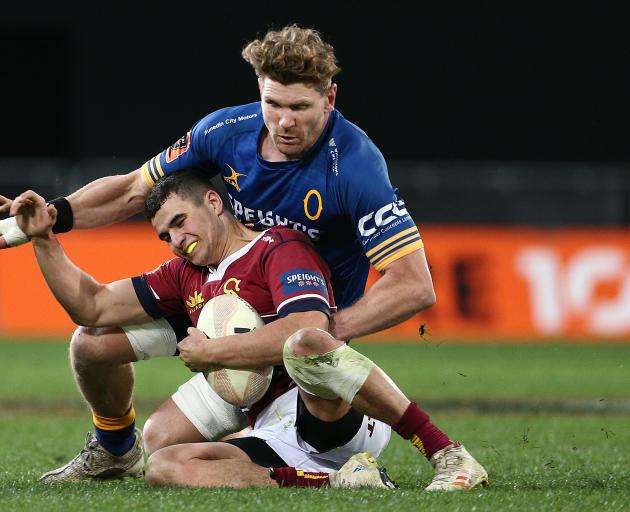 Veteran loose forward Adam Thomson makes a tackle during Otago's successful defence of the Ranfurly Shield in Dunedin today. Photo: Getty Images
Otago has come out an easy victor in its first Ranfurly Shield defence in the Mitre 10 Cup.

The side scored six tries and could have had more as it had the wood on Southland in attack.

Otago threw the ball round well and was always in control in a game which had plenty of enterprise. Southland tried hard but lacked concentration at vital times.

It was Otago's first win of the season and consigned Southland to its 23rd loss in a row.

Otago play Hawke's Bay in Napier on Thursday while Southland will host North Harbour next Saturday.