Rugby: Best and worst of season 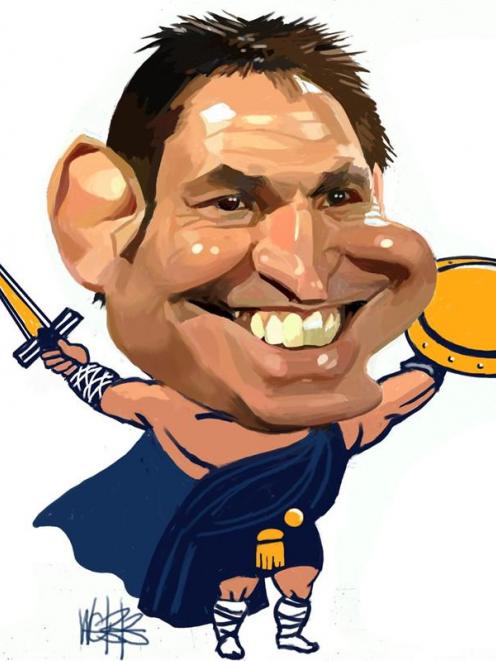 Glenn Moore
It was a mixture of some of the best and some of the worst of the season, Highlanders coach Glenn Moore said after yesterday's match against the Force.

The Highlanders started poorly and were down 23-0 at the break before coming home strongly to lose 33-28.

Moore said the side did not have a great start, but had fought back well in the second half, and showed plenty of courage.

"We did not get away to the greatest of starts but we battled away and came home well . . . It was some of the worst and some of the best we've done this season," Moore said.

Moore said the team showed some heart to come back in the second half, but unfortunately ran out of time.

"I've been proud of the guys all year. We're a young side which has showed heaps of ticker and heaps of courage. I knew at half-time if we got back to what we wanted to do and wanted to play then we would be in with a chance. You could see they were starting to wilt even at the end of the first half."

Moore said the players just needed to hold on to the ball and back their game plan.

He had warned the team it was vital to get off to a good start.

The loss consigned the Highlanders to 11th place, the same as last year, although they won one more game.

They picked up 10 bonus points, the same as the Force.

Moore was critical of two penalty decisions to give the Force six points.

He has been critical of refereeing decisions over the past three weeks.

When asked whether the Highlanders tended to be on the wrong end of the referee's whistle, Moore said the referee calls were hard to read at times.

"You've got to make your own rub of the green. You can't change it so you've got to move on, really," Moore said.

Moore felt the breakdown was becoming a lottery, with referees from week to week having different interpretations.

He praised the performance of the set piece, saying a lot of work had gone into improving the scrum and line-out over the past two weeks.

Moore said looking at the table, two of the four semifinalists - the Bulls and Crusaders - had been beaten by the Highlanders, while they had run the other two semifinalists very close.

"That is frustrating if you look at it like that. But we're a young side with a number of guys in their first year, and the bulk of them in their second year.

"We have got better this year and will continue to get better."

He said it was vital to keep the unit together.

He praised the performance of winger Ben Smith, who scored two tries, and said for a rookie he had put together an outstanding season.

Moore also said lock Tom Donnelly must be knocking on the door for All Black selection, and had shown good leadership in the past few games.