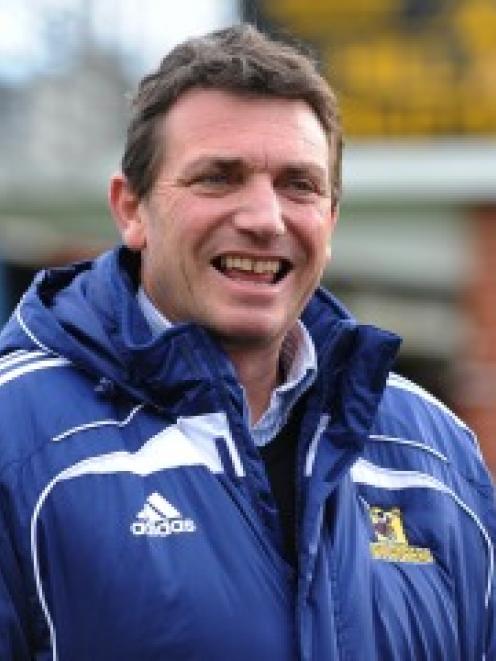 Roger Clark. Photo by ODT.
The Highlanders have posted a $57,000 profit for the past year on the back of what it says are good crowds.

The southern franchise enjoyed an average crowd of about 12,500 in its eight home games at Forsyth Barr Stadium last season and one big gate - more than 21,000 attended the game against the Crusaders - helped get the franchise into the black.

The way the Highlanders are set up under the New Zealand Rugby Union, the franchise can make its money only from ticket sales and sponsorship.

Highlanders general manager Roger Clark said it was pleasing to make a profit in what was a tough market.

''It is always good to come down on the right side of the ledger in what is a really tough environment,'' he said.

''We've had meetings over the last couple of days and all five franchises are saying how tough it is out there. No-one is making lots of money.''

The Crusaders recorded a profit of $23,000 for last season, which it recorded as pleasing.

Clark said an average crowd of 12,500 at the stadium was good and felt it was better to look at crowd attendance as a percentage of the population coming to the games.

''When you look at it that way we have got something like 10% of the population of Dunedin coming to games. And you've got to be happy with that.

''A team like the Blues gets bigger crowds than us but when you look at it as a percentage of their population, then they are well below us.

''The team here have worked really hard and tried to make the game day experience a unique experience.''

Clark said the worldwide trend was for dropping crowds at sports events as people stayed home and watched on television.

New Zealand was no different.

He said New Zealand Rugby had talked to various experts about the trend and what to do about it.

It was looking at various options and wanting to make coming to a game a good experience for people.

But it was tough against television and trying to get people out of the comfort of their lounges.

He said the franchise kept a tight hold on costs but some costs could not be reduced by much.

The franchise lost some star - and expensive - players from the unsuccessful 2013 season, which would have helped reduce costs.

This year's team made the playoffs for the first time since 2002 and Clark said that helped getting people into the ground.

Hosting a game against the Crusaders at 5.30pm on a Saturday last season was great for the franchise, as it allowed people from out of town to come to the game.

He said season ticket sales for this coming season were similar to the same time last year.

This season, due to the stadium being unavailable in the later part of the season, because of the Fifa under-20 World Cup, has most of the home games in the first half of the draw.

Clark said some people had said they did not want to renew season tickets as there were too many games close together.