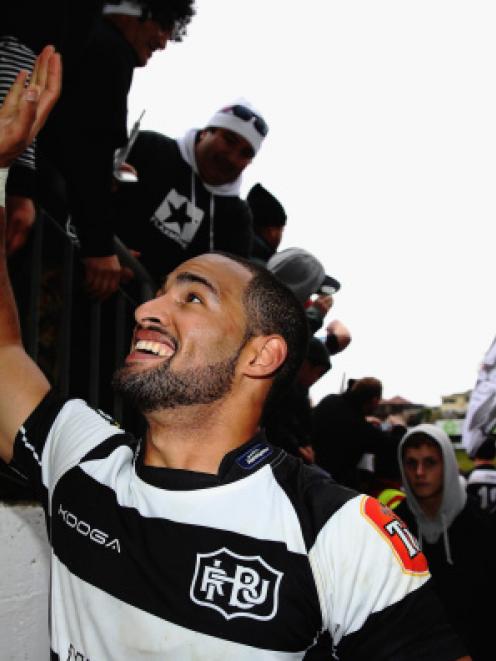 In a match featuring plenty of fireworks but none of the drama often associated with a challenge, the Magpies scored five first-half tries in a 41-0 victory to ensure the Shield could be locked away in the McLean Park trophy cabinet for another week.

That security was something they failed to achieve in 2013, holding the prize for six short days after taking it from Otago only to have it stolen by Counties Manukau in their opening defence.

Hawkes Bay seemed desperate to make amends this time around and that desperation translated into plenty of points in a stunning display of running rugby in the opening spell.

The hosts never threatened to replicate such a thrilling 40 minutes in the second spell but that removed none of the gloss from a win that gave Bay of Plenty a shot at the Shield next weekend.

To add salt to Otago's wounds, Hawkes Bay leap-frogged their opponents in the ITM Cup Championship, moving to within a point of leaders Northland. Otago remain adrift in mid-table after a day that went rapidly downhill after they won the coin toss.

Even that, which gave them the benefit of a stiff breeze at their backs, quickly went wrong, with Ryan Tongia providing a dream start after Shannan Chase found space down the left touchline.

Otago had barely seen the ball before Tongia popped up on the opposite flank, running onto a perfect grubber from Richard Buckman to score a five-minute brace. And when Brendon O'Connor broke free to add a third, it seemed safe to start planning for next week.

Whenever Otago seemed set to enjoy a period in possession, Hawkes Bay struck with another long-range raid. First Chase found reward for his part in the previous tries, earning the bonus point inside half an hour, before it was Buckman's turn to break from deep.

The second half was more procession than challenge, with Jason Long adding to the carnage as the Magpies turned their attention to next week.