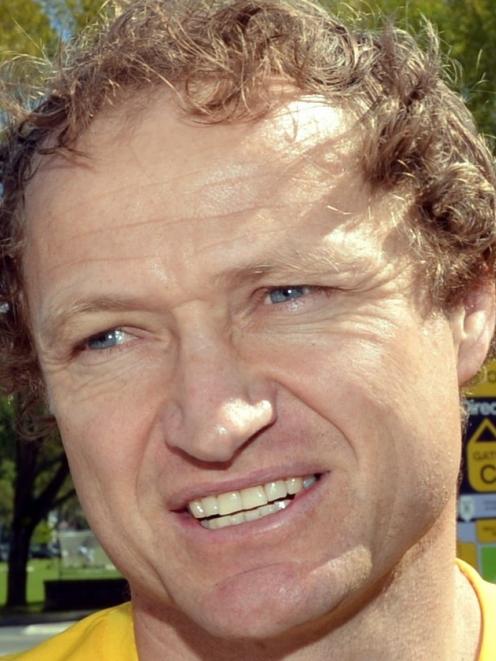 Tony Brown: 'If we are a little bit off we are not a good side.'
Otago coach Tony Brown says he was hugely disappointed with his side's start and its execution let it down yesterday.

It had now entered the last chance saloon for this season and the side's match against Waikato at Forsyth Barr Stadium this Sunday shapes as a crunch encounter for Otago.

Brown said Otago was a team that had to work hard for everything it got and if the team was slightly off its game it would be found out.

That is exactly what happened against Hawkes Bay as the home team came out firing and scored three tries inside the opening 10 minutes. Otago simply had no answer and eventually went down 41-0.

''They [Hawkes Bay] came out at the start with huge intensity and physicality with good intent, really, and we were unable to match it,'' Brown said.

''It was hugely disappointing with the start. It is hard what to say. Mentally, the guys wanted to do it but physically, they couldn't.

''There were holes everywhere, really. Our guys struggled to stop their go-forward. We were just not playing well.

Otago tried to fight back but it could not get anything going and its game was littered with mistakes.

Brown said the side tried but nothing went right.

''I think their intent was excellent and ours was poor. In the second-half effort-wise it was great from us, the intent was good but our execution let us down.

''Everyone is disappointed. At halftime everyone just could not believe we had performed so badly. They just went out in the second half and tried to put on a good effort. The effort was great. But you have to get execution with that effort or you'll do no good.''

Hawkes Bay had some stars in its team and, man-for-man were clearly the better side.

Brown said the players were disappointed and it was time to focus on the game against Waikato.

''We've got a big game against Waikato, next Sunday, which is pretty much do or die. If we have got hopes of winning this comp' we have to win on Sunday.''

With coming off three games in 11 days, Brown said it was time to get back on the training paddock.

''We have been resting lots over the past two weeks. Since we played Canterbury, it has all been about rest and recovery. I think it is time to get back on the training field and get some things into our game.

''We need to get back to Dunedin have some good trainings and be ready for Waikato. They are starting to play really well and we have to be ready for them.''