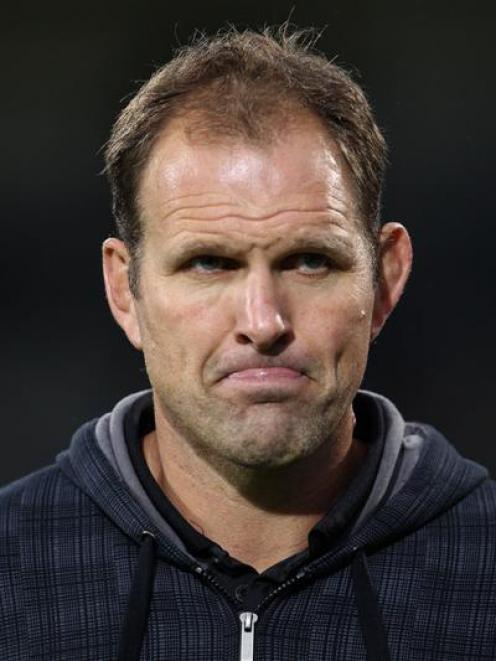 John Plumtree.
The Highlanders are not winning games in Dunedin and it seems visiting teams have no real love for the city either.

The Lions, the South African team from Johannesburg, are due to take on the Highlanders at Carisbrook on Friday night but do not arrive in Dunedin until late today.

They have been in Queenstown for a few days, training and relaxing.

That follows on from last week's visitor, another South African team, the Sharks, which also spent four days in Queenstown before arriving in Dunedin two days before Saturday night's game.

And it is not only Super 14 sides.

When the French played a test in Dunedin last year, the squad based itself in Auckland for nearly a week before flying south on the Thursday before the Saturday night game.

The Springboks did the same in 2008, staying in Wellington until the Thursday and then flying south.

On a five-week tour it was important to freshen up minds and places like Queenstown offered different things for the team to do.

He said he "preferred to keep the boys out of the city".

"When we were in Australia we stayed in Sydney for two weeks on the beach at Manly because that was just like home back in Durban," Plumtree said.

"In Christchurch we stayed out at Clearwater as the guys could play golf, and it is away from the city.

"It kept them all together."

The two South African Super 14 sides which played in Dunedin last year, the Stormers and Cheetahs, also spent little time in the cityThe French last year said they had been warned about the weather in Dunedin so stayed in Auckland.

Ironically, the weather in Auckland was terrible and was fine for the three days the French were here.

Highlanders chief executive Richard Reid said he could understand the reasons test teams did not arrive at the city until late but it was not helpful in promoting the games.

Many teams just wanted to be in one base in New Zealand if they stayed longer than a week so stayed further north.

The most important thing in the build-up for a test was that the All Blacks were in town the whole week and that was not going to change.

It was not known how long Wales, which will play the All Blacks at Carisbrook in June, would stay in Dunedin.

Super 14 sides such as the Lions had been on tour for five weeks so Queenstown was a good place to go to have a break, Reid said.

Tourism Dunedin chief executive Hamish Saxton could not be contacted for comment.