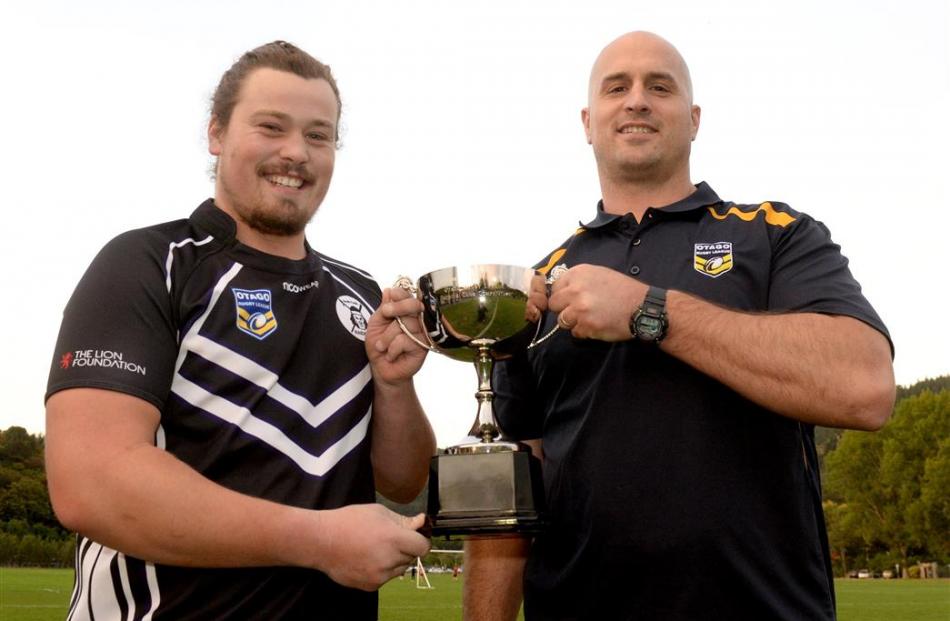 This year's Otago club competition has a new look to it.

There is a brand-new trophy, the William Massa Johnston Cup, in recognition of an inspiring character from Otago who had a great impact in both union and league.

Falcous proposed the trophy to recognise the fact that William "Massa'' Johnston was the sole Otago representative in the 1907 professional All Blacks' (known as the All Golds) tour of Britain, a tour that was the foundation for international rugby league competition and the founding of New Zealand rugby league itself.

The All Golds' tour was organised by Albert Baskerville, after the 1905 All Blacks, known as the Originals, toured the United Kingdom.

The team heard reports of professional rugby in the north of England and were excited about the prospect of the union not taking all the profits while they struggled financially.

Even though the All Golds team had never seen the "northern union'' version of rugby before it arrived in England, and played against the strongest of English northern union - rugby league - teams, the tour record was played 46, won 26, drawn three and lost 17 - a remarkable pioneering effort.

Johnston was one of the 160 out of 200 provincial rugby players who applied for Albert Baskerville's professional tour and was one of the elite few selected.

A key figure, he played in the test team and scored the winning try in the deciding third test against the Northern Union side.

Johnston went on to sign for Wigan and Warrington clubs in the north of England.

When the All Golds players returned, they worked to establish rugby league, or northern union as it was then known, in New Zealand.

Falcous' proposal was a worthy one, as he recognised Johnston was a prolific player and key figure on the tour, and stood as a true pioneer of the sport in Otago.

The Otago rugby league community had little hesitation in deciding to honour Johnston with the trophy.

Otago Rugby League chairman Ian Blake has been extremely appreciative of Falcous' efforts in proposing such a trophy and backed the creation of the trophy from the outset.

He said he knew the players would appreciate the value of such a trophy and he personally believed it was great to have a link to the history of rugby league in New Zealand.