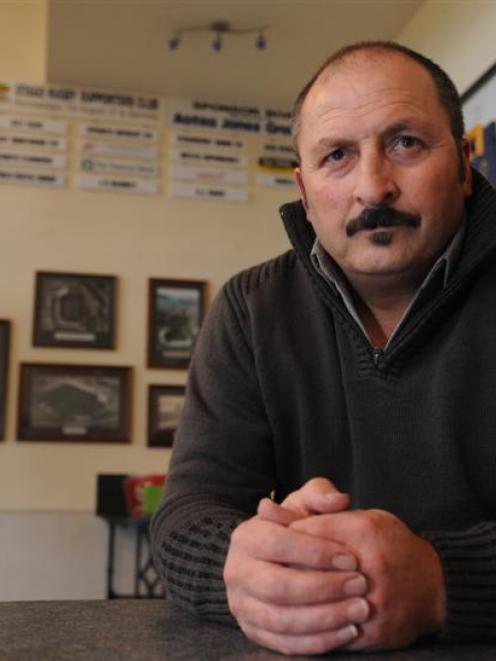 The club has its annual general meeting tonight and chairman Fred Cross said 2011 would be a defining year for the club.

With the Otago union and its team moving from Carisbrook to the Forsyth Barr Stadium later this year, the supporters club faces the option of either staying at Carisbrook or moving to a building near the new stadium.

Cross said the supporters club paid just a token rent at its clubrooms on the ground floor of the terrace complex at Carisbrook.

But when the union finishes its lease from the city council later this year, the city council will become the club's landlord and Cross said the club should expect to play commercial rates.

Also there were questions over what the council would do with Carisbrook.

The council has not settled on the future of the ground but may look to sell it.

If it does get rid of the ground, there are doubts the new owner would continue the lease with the club.

"Really, we can't stay at Carisbrook long term, but we don't want to be rushed into making any hasty decisions," Cross said.

There was no designated area in the new stadium for the club and, as food and drink would have to be purchased from the main contractor at the new stadium, this would cut into profits from bar takings, the club's main source of income. It had been looking at moving into buildings near the stadium but the cost of those may be beyond the club's finances, with rents of between $35,000-$40,000 per annum for rooms near the stadium.

Cross said members had to step up and make more of a presence and support the club.

It had about 800 members when it moved into the terrace complex about five years ago.

But numbers had slowly drifted away and the club had about 350 members.

Night rugby had not encouraged membership.

Cross said as the Otago team's performance had dropped in past years, so had interest and some days there were only about 100 members in the rooms after the game.

But with the Highlanders performing well this year, interest had picked up again, he said, and there were more than 200 people at the clubrooms after the Crusaders game.

The club was also looking at changing its constitution at its meeting tonight, with a smaller number needed for a quorum at meetings, and children being allowed into the rooms.