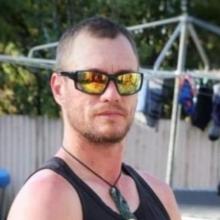 Dale Watene
Police did not realise they had discovered Dale Watene’s burial site - 17 days before his body was found, a court heard yesterday.

George Ivor Hyde (24) is charged with accessory after the fact to murder at Otautau between April 16 and 27, 2020.

Mr Watene’s body was found buried in a shallow grave in Longwood Forest, near Otautau, on May 18 that year.

At the beginning of the trial on Monday last week, Graham’s defence lawyer Sarah Saunderson-Warner said Mr Watene (40) had been shot at Graham’s home — but it was not done on purpose, nor with murderous intent.

The trial continued before Justice Gerald Nation in the High Court at Invercargill yesterday.

Detective Dougall Henderson said he and Detective Sergeant Dave Kennelly went to Longwood Forest near Otautau on May 1, 2020, to try to find the place where Mr Watene got his Isuzu Mu stuck in a stream on April 16 while out for a drive with Graham and her children.

On the right-hand side of the track turnaround, they noticed an area with bricks and mortar, a used car door, an old rusty bin and some tin roof flashing which had been dumped at the site.

When asked by Crown solicitor Mary-Jane Thomas what the site was, Det Henderson confirmed it was the gravesite where Mr Watene had been buried.

"We didn’t realise it at that stage," he said.

It was not until they discovered Hyde had recently taken down a chimney at his property that they investigated the area.

Jurors were yesterday played Hyde’s second police interview, which took place on September 16, 2020, after Hyde wanted to tell of his involvement.

During the interview, Hyde told Detective Kerry Russell and Detective Sergeant John Kean he was called by Graham on the night of April 16.

She was crying and asked him to come over to her house.

Graham met Hyde on her front lawn when he arrived.

"She was crying and stuff. I can’t remember where she told me — but she told me that they had got into a fight and he’d killed himself," Hyde told police.

Once inside, Hyde saw Mr Watene laying on the hallway floor with blood coming out of his head.

They dragged the body to the kitchen, wrapped it in a tarpaulin, then carried it out to Mr Watene’s BMW which was parked in Graham’s garage.

"We threw him in the back seat of that."

Graham, Hyde and her children went to Longwood Forest the following day to find a spot to bury the body. They then dug a grave.

While the hole was being dug, the children were walking around and playing in the truck, he said.

Later that day, Hyde returned to Graham’s house, transferred the body into his truck and went back to the forest to bury it.

A few days later he returned to the site to place the bricks, wall coverings and flashing after Graham told him they needed to disguise the site, he said.

At the time of the disposing of the body, he believed Mr Watene had killed himself.

Under cross-examination by Graham’s defence lawyer Katy Barker, Det Watkinson was asked if Mr Watene was warned, arrested or taken to court when he breached the safety order on February 19.

"None of those things happened," Const Watkinson replied.