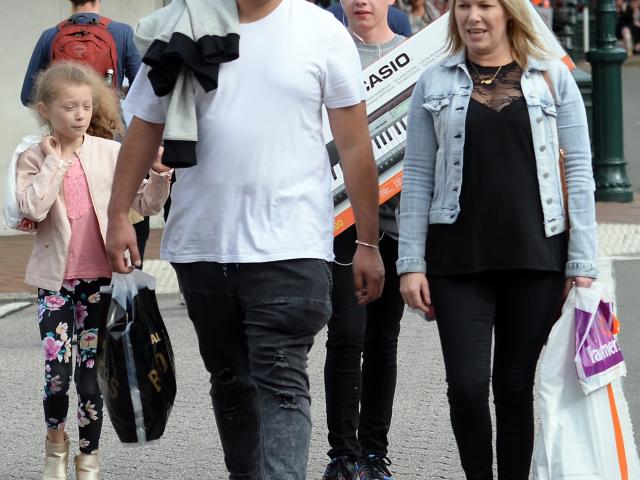 Weakening business profitability and rising labour costs appear to be underpinning expectations that economic conditions in the months ahead are deteriorating.

Investor sentiment, currencies and stock exchanges initially buoyed by the 100 billion ($NZ161.8 billion) rescue package for Spain have soured as doubts surface as to whether the package will be large enough.

Bear markets are likely to rage this week if United States traders and investors decide today to continue selling off shares and moving into the safer avenue of bonds and some currencies.

OPINION: David Shearer delivered his strongest speech yet as leader of the Labour Party, when he yesterday launched a broadside at the Government's prediction for a "zero Budget" to be delivered on Thursday.

Building a skyscraper is the ultimate expression of economic confidence, and more than half of the 124 skyscrapers under construction in the world are being built in China.

Clouds of gloom are hanging over employment prospects for 2012 with employment confidence levels falling to its lowest level since mid-2009.
Central banks have almost run out of options on how to help stave off the latest volatility in world economies, BNZ senior economist Craig Ebert says.
The New Zealand dollar continued its acceleration to hit a new record against the US dollar yesterday as overseas investors' appetite for risk increased, including their exposure to higher-yielding currencies.
New Zealand's financial system is more resilient and positioned to support economic growth, but still faces a volatile and uncertain environment, Reserve Bank governor Alan Bollard says.
The Otago-Southland services industry appeared to have had a major bounce in activity last month, but caution is being advised against reading too much into the latest figures.
The prolonged weakness in the US and Europe may be the least of Asia's troubles in 2011, economists say, as the region fights potentially destabilising inflationary pressures.

Boxing Day shopping again attracted thousands of bargain hunters to Dunedin shops, with a busy day in the city despite the aftermath of the recession.

The Canterbury earthquake, Europe's big freeze and the ongoing global recession have combined to dent Christmas bookings at Queenstown Lakes District Council camping grounds, council holiday parks manager Greg Hartshorne says.
Finance Minister Bill English yesterday continued to talk up the prospects of an economic recovery despite evidence the recovery stalled in the middle part of this year.
Business New Zealand is cautioning against reading too much into an improvement in an index of economic conditions it compiles, arguing it may not reflect reality because of the quality of statistics it monitors.
Europe's efforts to contain its debt crisis have come under increasing strain as bond market jitters shook Portugal and Spain, seen as the 16-nation eurozone's next weakest links now that Ireland has followed Greece by accepting a massive international rescue.
The inability of the international community to develop meaningful solutions to global issues is largely attributable to a conundrum known as the "prisoner's dilemma", suggests Peter Lyons.
New Zealand ranks third in the Economic Freedom of the World, 2008 survey.

Concerns about slowing growth in Wanaka has prompted the town's Chamber of Commerce to invite a group of business leaders to come up with strategies to stimulate the economy.