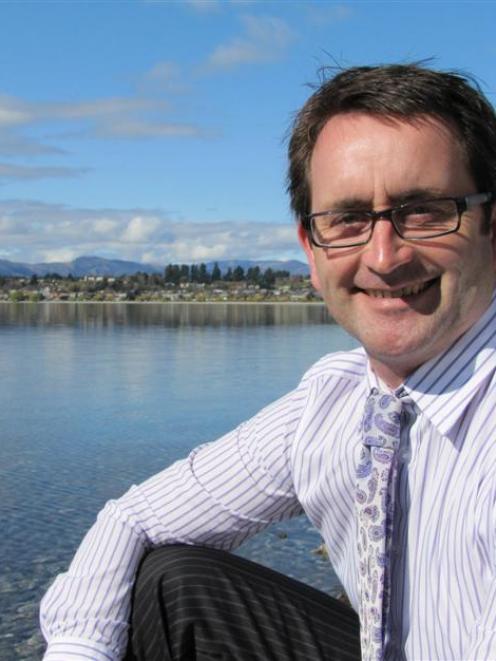 Alistair King, principal of accounting firm WHK, is chairing a Wanaka economic growth forum. Photo by Marjorie Cook.
Concerns about slowing growth in Wanaka has prompted the town's Chamber of Commerce to invite a group of business leaders to come up with strategies to stimulate the economy.

The group is being chaired by Wanaka accountant Alistair King and has already met to identify areas where economic activity could be enhanced or diversified.

Those areas are tourism, education, sport, business, conferences and events.

Over the next few weeks, the chamber's think tank plans to talk those ideas through with industry leaders, form a working party, prioritise ideas and investigate how they can be put into action.

The process will include the business community, Lake Wanaka Tourism and the Queenstown Lakes District Council, Mr King said yesterday.

"Wanaka has experienced substantial growth over the last 10 years, predominantly around the construction and housing sector. However, there is a concern that now that this growth has slowed, there is a lack of sustainable economy to take Wanaka forward and provide a future for the families here, and our children's future," Mr King said.

The group's goal is to form an economic strategy for Wanaka and present it to business partners, the Wanaka Community Board and the council.

To do that, the group also needs to complete a summary of Wanaka's infrastructure assets and skill sets held by individuals and businesses.

"They are running businesses from here but people don't know that because they are going to Christchurch every week," he said.

It was "very early days" and Mr King did not yet know what ideas would be promoted for further development.

Examples could include establishing hubs of sporting or information technology excellence.

University experts could also be consulted or brought in to help with the forum.

"We are not looking to building great warehouses producing tyres but maybe more high end projects that will bring people to town," Mr King said.

Other towns and cities, including Queenstown, have developed economic development strategies for generating growth and Wanaka "has unfortunately been a little behind the eight-ball", Mr King said.