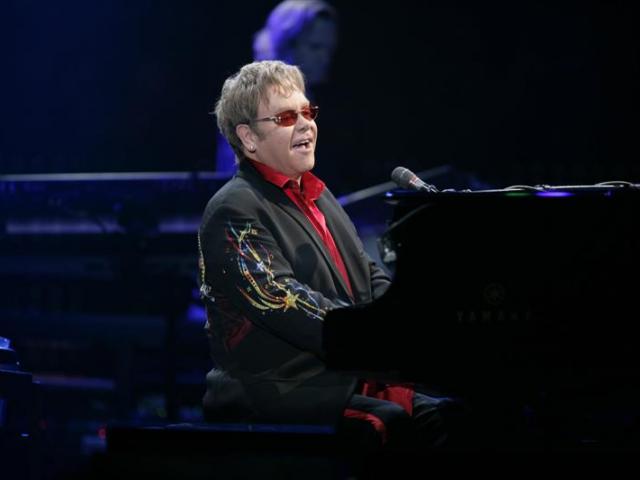 Elton John has been treated in hospital in Los Angeles for a serious respiratory infection that forced him to cancel performances this weekend of his "The Million Dollar Piano" show at Caesars Palace in Las Vegas.

Elton John is writing his first book, a personal account of the Aids crisis.

Bouquets and brickbats have followed from Friday night's Elton John concert in Dunedin, with some people saying the sound quality was "superb" and "awesome" and others "horrible" and "disgusting".

Merv Vessey has a permanent reminder of his first trip to Dunedin - and the Elton John fan could not be happier.

A Buzzy Bee flew off with Sir Elton John after his concert in Dunedin on Friday night.

Sir Elton John jets into Dunedin today for the southern-most concert of his long career.

Elton John will fly out to Sydney immediately after his concert at Forsyth Barr Stadium in Dunedin on Friday night.

Last month, Elton John played his 3000th concert (at Caesars Palace, Las Vegas). Now he's about to head to Dunedin for a concert that offers the statistically inclined musician the chance to add another entry to a long list. Shane Gilchrist asks the chart-topping, globe-trotting performer a few questions.

Elton John's Dunedin concert next Friday will be a sell-out, with the last tickets sold for a reduced price yesterday.

The last few hundred tickets for the Dunedin Elton John concert on the eve of the general election are expected to be snapped up when they go on sale for $120 each tomorrow morning.

The Sir Elton John concert in Dunedin this month will be the largest concert staged in New Zealand so far this year.

British singer Elton John is in talks to make a film about his life, his spokesman said, in response to media reports about a planned biopic called "Rocketman".

Elton John is still expected to be the highlight of Morocco's biggest music festival - despite calls by the country's main Islamist party to shelve the British singer because of his homosexuality.
Tickets remain for the Sir Elton John concert at Dunedin's still-under-construction Forsyth Barr Stadium on November 25.

Elton John is returning to the Las Vegas Strip for a three-year run at Caesars Palace.

There will be no second Sir Elton John concert in Dunedin.

The first day of public ticket sales for Sir Elton John's concert took a back seat to the Canterbury earthquake disaster yesterday.