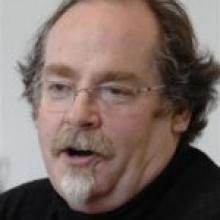 Capital C Concerts promoter Phil Sprey said it had been "a terrible day for sales", but had to be put in perspective.

"Today was the first public day and there was an expectation that Canterbury and other main South Island regions would be the first to join the rush for tickets. I wouldn't have been surprised if we had sold out. But, for obvious reasons, that didn't occur," he said yesterday.

"The biggest population of people outside Dunedin was Canterbury. So, once Dunedin ratepayers [had] had the opportunity, the biggest community, we thought, would be Canterbury. But we've had hardly any sales from Canterbury today and you can understand why."

A scheduled television, radio and newspaper media campaign had also been affected, he said.

"We had advertising starting today [yesterday] on CTV and radio and most of the major newspapers, but because of the earthquake, obviously, a lot of commercials were cut and ads were dropped."

Mr Sprey said there was "around 20% of seats left", which he was hopeful would quickly sell when life got back to normal.

"Time will tell. But there's nothing you can do.

"Losing a few sales is a hell of a lot better than losing your life," he said.