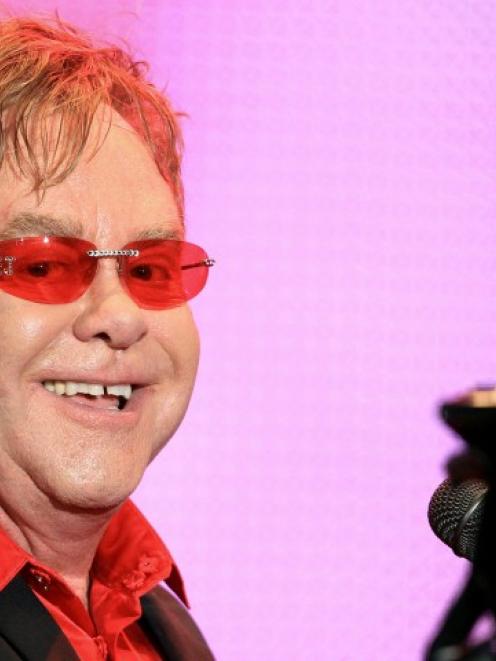 Elton John. Photo Reuters
British singer Elton John is in talks to make a film about his life, his spokesman said, in response to media reports about a planned biopic called "Rocketman".

Newspapers and websites said that Rocketman would be produced by John's partner David Furnish and Steve Hamilton Shaw and executive produced by the singer himself.

Asked to comment on the reports, John's London spokesman replied only: "Just discussions".

He did not expand on whether anyone had been singled out to play the lead in the movie, although the Sun tabloid said Scottish actor James McAvoy had been tipped for the role.

John and Hall have worked together before on the hit musical adaptation of the dance movie "Billy Elliot".

"Rocketman will be a radically different kind of biopic," Shaw told Hollywood entertainment website Deadline, adding that it would be "non-linear and hyper-visual".

Initial reports of plans for a John biopic surfaced in early 2011.

The 64-year-old behind hits including "Candle in the Wind" and "Goodbye Yellow Brick Road" was a child piano prodigy who rose from a part-time pub player to become one of the most successful recording artists of all time.

The glam rocker has sold an estimated 250 million records and won an Oscar and several Grammys.

John, Furnish and Shaw have worked together before on a movie through their Rocket Pictures venture. Their 3D animation "Gnomeo and Juliet" grossed $190 million at the global box office, according to website boxofficemojo.com.