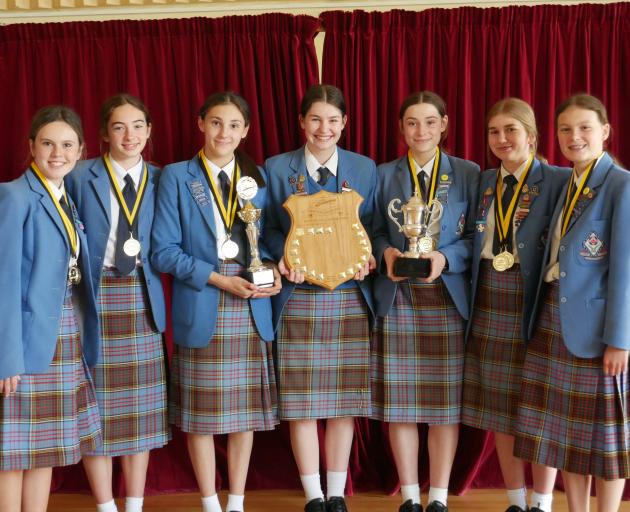 The national event was held online for the first time, due to Covid-19 restrictions.

Otago dancers’ routines were filmed at Otago Girls’ High School in front of limited crowds before they were uploaded and judged.

Saige said having fewer people in the audience took the pressure off a bit.

"Usually some people get hyped up by the crowd cheering and we didn’t have really large crowds this time, so we just had to hype each other up as clubs and as athletes," she said.

The video of their performance not only won them a national title, it was also chosen to enter an online Federation International Sports Aerobics and Fitness (FISAF) competition.

"It was such crazy news to get because we didn’t expect it at all," Billie said.

They would find out the results on December 12. 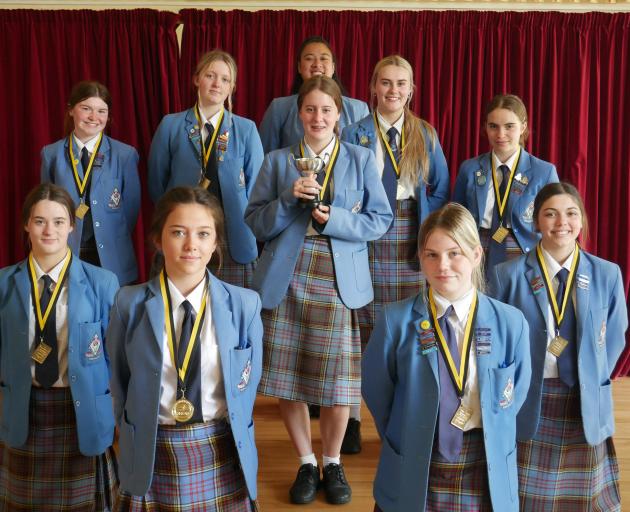 They were just two of the seven Queen’s High School pupils who competed.

These accolades helped the school win the shield for the highest scoring school, which is based on the number of first, second and third places.

The event was held in Christchurch on November 20, after being postponed from September.

Two of the school’s three crews which competed at the Otago regionals qualified for the national event and both won their categories.

They were surprised and overwhelmed by the crew’s win, especially as they were up against some tough competition, Tiara said.

Martha said securing the national title made all the time spent training and difficulty with the postponement worth it.

They had a feeling Covid-19 restrictions would likely affect the event.

"It was just really hard keeping motivated for that long but I feel like it worked out anyway," she said.