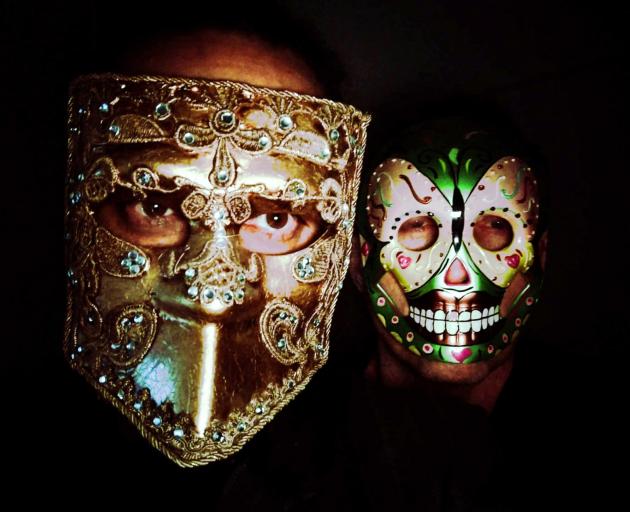 Dunedin musicians The Fabulists celebrate the release of their latest album with a gig at the Inch Bar tomorrow night. PHOTO: SUPPLIED
Dunedin musical outfit The Fabulists like to tell tales both tall and true.

The duo, who prefer not to be named, but use the pseudonyms Ray and Troy, put two years of pandemic-induced musical frustration aside to head to the studio to record their latest batch of songs.

Occupying a local rowing club on the shores of Otago during the summer of 2021-22, The Fabulists created an eight-song mini-album, entitled Fables Vol 3: Insignificantly Fabulous.

The Fabulists will celebrate the album’s release with a gig tomorrow at the Inch Bar.

Both experienced songwriters, Ray and Troy share the credits (four tracks each) and contribute to one another’s songs, which range from electronic loop-rock, to psychedelia, radio friendly pop and guitar jangle.

"Regardless of what sounds or textures we throw at a track, we are confident most of our material would stand up if it were stripped back to its bare bones."

Troy agreed there was "definitely an attention to songcraft’’.

"But, that said, the album is also imbued with a spirit of sonic experimentation,’’ he said.

"We have so many toys to play with, from guitar effects to synths, samplers and drum machines, it’d be a shame not to use them, eh?"