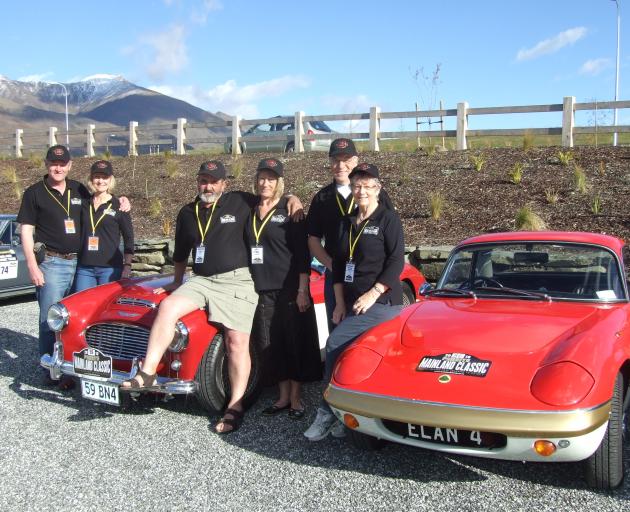 Mainland Classic Tour organisers Dave and Christine Mehrtens, of Dunedin (at left), are joined by Alexandra couples Lindsay and Liz Pratt, and Steve and Margaret Whitren, during the 2010 event. PHOTO: ALLIED PRESS FILES
Classic car enthusiasts will be on the road, car roofs down, enjoying the glory of autumn in back-to-back motoring tours — Autumn Colours Outing and Penrite Mainland Classic Tour.

Organised by Dunedin couple David and Christine Mehrtens, the two motoring events have attracted hundreds of classic car owners to the wide-open spaces of our southern roads over the years.

After running the events since 1992, the Mehrtens’ have decided to focus more on family and grandchildren, and will put the rallies into hibernation for the foreseeable future. 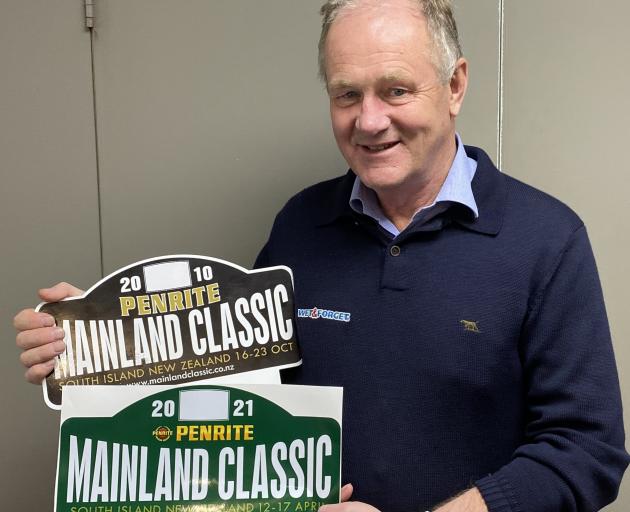 Autumn Colours Outing and Penrite Mainland Classic Tour co-organiser David Mehrtens, pictured with signs from the 2010 events, is looking forward to leading both tours again — for what is likely to be the final time — this weekend. PHOTO: BRENDA HARWOOD
But before that happens, fans of the Autumn Colour Outing and the Mainland Classic Tour will enjoy one last hurrah, heading out from Dunedin into the wilds of Central Otago and further afield.

"It has been a labour of love for myself and Christine — we have organised and led 34 rallies since 1992," Mr Mehrtens said.

"It’s great fun doing these events, everyone involved have made lifelong friendships — it is a great way to bring people together.

"But as we get older, we are finding we have other priorities now, so it’s time to put them to bed."

The 18th and final Autumn Colours outing will depart from Olveston Historic Home in Dunedin early in the morning this Saturday, April 10. 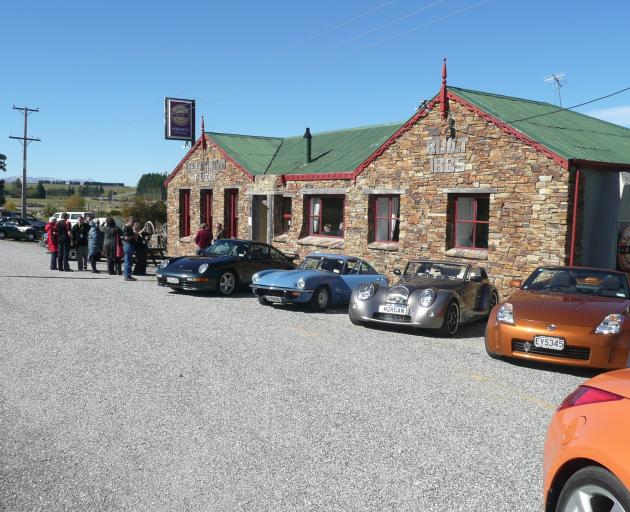 The big skies and beautiful scenery of Central Otago have attracted hundreds of classic car enthusiasts to the Autumn Colours Tour over the years.PHOTO: STAR FILES
The 50 cars will be flagged away by Dunedin City Councillor Lee Vandervis.

After driving through to Central Otago and exploring the scenery for two days, 45 vehicles will continue on into the 2021 Penrite Mainland Classic Tour, departing Wanaka on April 12.

Over the next seven days, the classic vehicles will motor through the uncluttered roads in southern and central parts of the South Island.

Each day, the motorists will stop in local communities to display their cars, interact with residents and children, and visit places of interest.

The Mainland Classic Tour, which was held every two years between 1992 and 2010, generally includes classic cars and motorcycles ranging from the mid-1920s to 1985.

Those taking part came from all over New Zealand and the world in previous years to enjoy some of the best open-road motoring in the world, Mr Mehrtens said.

As the 2021 event would be a "one-off final running" of the Mainland Classic, it would include some of the highlights from previous events, at a more relaxed pace.

"We have had some fantastic experiences over the years, and met a lot of local characters, so we are really looking forward to catching up with those communities again," Mr Mehrtens said.

The Penrite Mainland Classic will arrive back in Dunedin on April 17, pulling into the Dunedin Railway Station at around 4pm. The public will be welcome to come along and check out the vehicles.