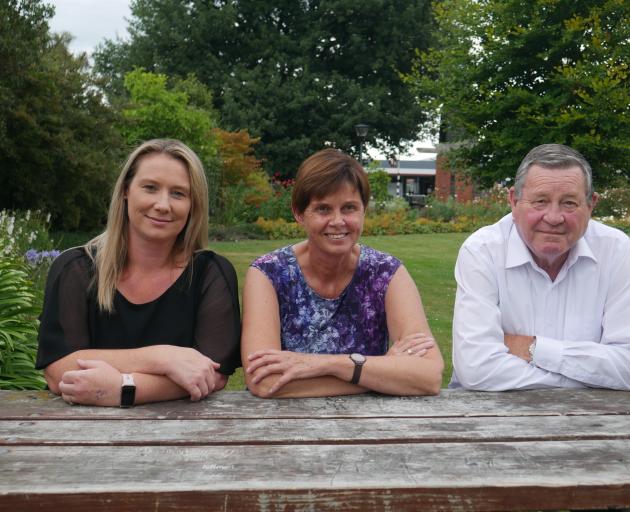 Three Mosgiel residents have formed a group to advocate for the community.

Kelly Aitcheson, Kevin Thompson and Janine Tansley created the Mosgiel›Taieri Community Voice to speak on behalf of residents and share their issues.

They spoke at the Mosgiel› Taieri Community Board meeting last week, where a major topic of conversation was the Mosgiel›Taieri Safer School Streets project.

The project is 90% funded by the NZ Transport Agency and led by the Dunedin City Council.

Some community board members are part of the project’s working group, but they made it clear in the past they do not make the decisions.

Ms Tansley started a petition earlier this month calling on the council to remove the planter boxes in Mosgiel streets.

The petition has received more than 1750 signatures, she said.

Stage two of the project was set to start this week and the planter boxes would be removed.

Ms Aitcheson told board members the group wanted to work with and support the board in making sure residents’ voices were heard.

Many residents were concerned the bus loop which stopped outside the Mosgiel Medical Centre was removed when the safer school streets project started.

Board members had previously discussed the bus loop and at their November meeting requested the Otago Regional Council consider reinstating it when the project trial ended.

Ms Aitcheson also raised concerns about the lack of infrastructure to support the number of houses being built in Mosgiel, flooding, and the caravan park’s removal when the new pool is built.

Mr Thompson said he joined the group because the community he loved was upset about what was happening.

‘‘We want to work with the board to be the voice of the community,’’ Mr Thompson said.

‘‘It’s about what’s best for the community.’’

He called for any consultation with residents to be timely and transparent.

Ms Tansley was frustrated by conflicting information provided to the community by the council.

She shared a letter to a resident from the council regarding the safer school streets project which contradicted information she was told, she said.

Council transport manager Jeanine Benson was at the meeting and said she would follow up.

Board member Phillipa Bain suggested a board member be a representative on the group, to aid communication.

Board chairwoman Joy Davis agreed it was important the right information was shared.

‘‘I think it’s wonderful to have people with so much passion,’’ Mrs Davis said.