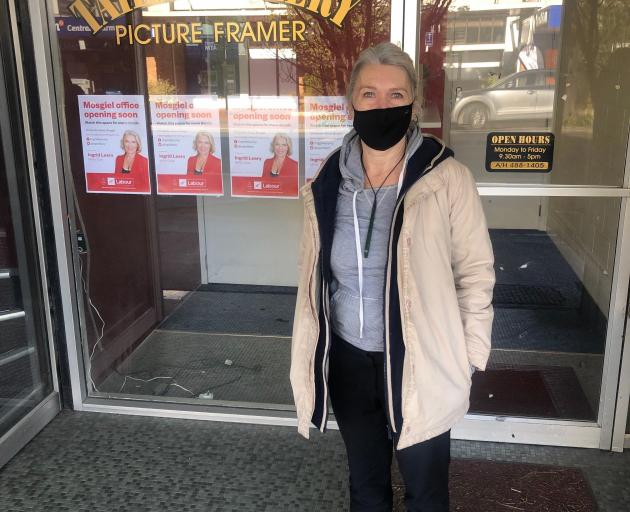 Taieri MP Ingrid Leary is looking forward to welcoming constituents to the new Mosgiel office, at 123 Gordon Rd. PHOTO: SUPPLIED
Mosgiel residents wanting support from their MP will no longer have to drive into Dunedin for face-to-face meetings.

The new Mosgiel office of Taieri MP Ingrid Leary opened its doors for the first time on Tuesday in a move Ms Leary described as ‘‘bringing politics to the people’’.

‘‘Mosgiel is its own community with different and distinct issues from South Dunedin where the electorate office has traditionally been located.

‘‘We need to accommodate that, along with making it easier for people to get to the office without having to drive over the hill,’’ Ms Leary said.

The Mosgiel office is a second point of contact to the Hillside Rd electorate office in South Dunedin, which Ms Leary took over from outgoing MP Clare Curran after last year’s general election.

Signs for the office, which will feature Ms Leary and colleagues list MP Rachel Brooking and Te Tai Tonga MP Rino Tirikatene, is not quite finished.

But Ms Leary said she would rather ‘‘get on with it’’, knowing the window dressing would be up before Christmas.

Her parliamentary colleagues would triage requests to the other two MPs, and those on the Maori roll should also feel welcome to bring their cases to the office so they could be linked with their MP, Mr Tirikatene.

‘‘On election night, I vowed to make my services as available as possible to all constituents, regardless of where they live.

‘‘We have Hotdesk clinics happening on Mondays in Milton and Balclutha, with mobile clinics planned for Lawrence, Middlemarch and Kaka Point as soon as Covid levels allow.

‘‘I’ve been doing street corner clinics all over the electorate during Level 1; however, there’s nothing like having a dedicated office.

‘‘I am thrilled we have been able to make that happen in Mosgiel within a year of earning the right to represent the community in Parliament.’’

Located at 123 Gordon Rd opposite the Unichem Pharmacy, the Taieri electorate office is the first one to be based in Mosgiel.

Ms Leary hoped constituents would make the most of having a local office to help them with queries relating to immigration, health, education, advocacy and any other matters concerning them.