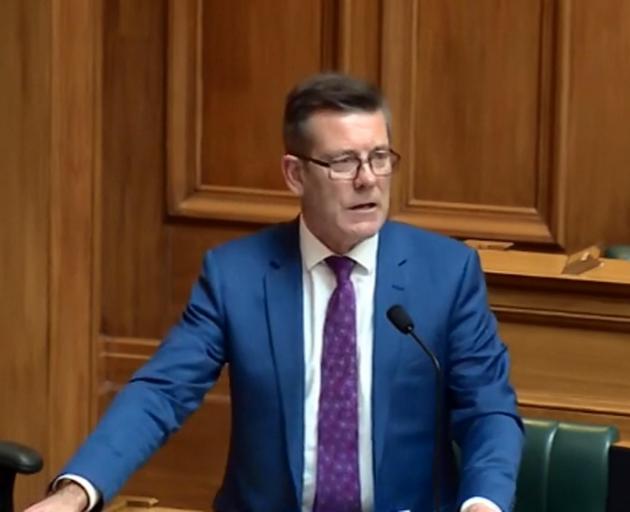 "We knew we were well up against it, and it was, so now we have to dust ourselves off and get back in the game," he said.

Speaking ahead of Tuesday’s National caucus meeting, Mr Woodhouse was expecting a fairly sad occasion, with MPs who lost their seats being farewelled.

The campaign had been tough, with Covid-19 making profile-raising events difficult, and Mr Woodhouse had also been busy as a member of the Epidemic Response Committee.

The campaigns of Mr Woodhouse and Taieri candidate Liam Kernaghan had pooled resources, and the pair held a joint election night event to thank volunteers and supporters for their hard work.

"By and large, people were philosophical," he said.

As National sorts out its significantly reduced caucus in Parliament, Mr Woodhouse will be "standing by" to take on whatever role the party leader needs him to do.

"Locally, I will take some time to reflect and then will return to pushing the Government to keep Dunedin in its mind’s eye."

Issues in this regard would include the Dunedin Hospital rebuild, the University of Otago, Otago Polytechnic and Dunedin Railways.

"The detailed business case for Dunedin Hospital is still not signed off, and I think the people of Dunedin had an expectation of more progress by now," he said.

It would be nice to approach the hospital rebuild in a bipartisan fashion, but Mr Woodhouse did not have the sense that local Labour MPs wanted him to be involved.

With the landslide election of a Labour government, Mr Woodhouse felt that the fight to prevent Otago Polytechnic from losing its identity would be lost.

However, the "stalled" building programme at the University of Otago was an issue he intended to pursue.

"My job is to make sure these guys don’t take Dunedin for granted."