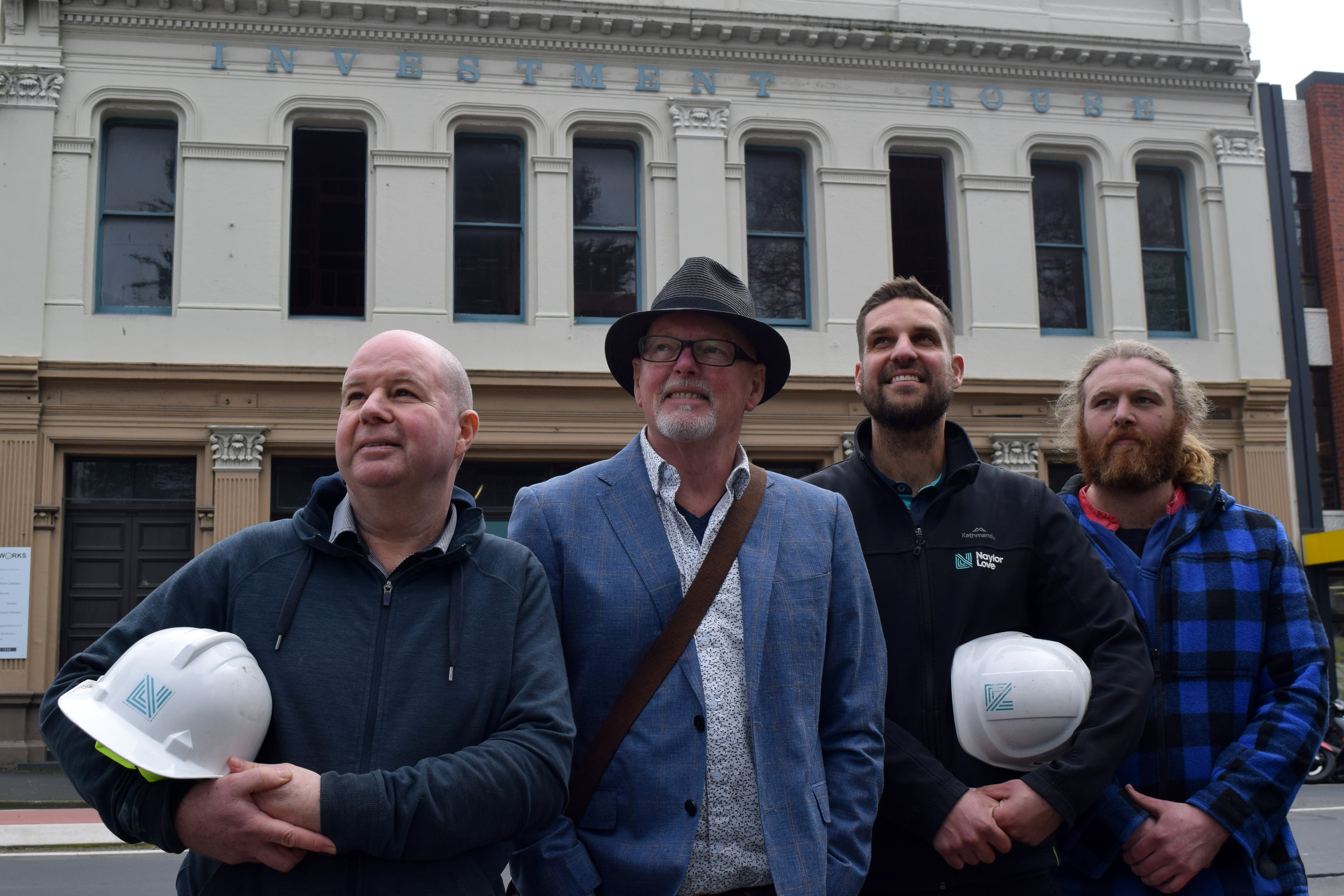 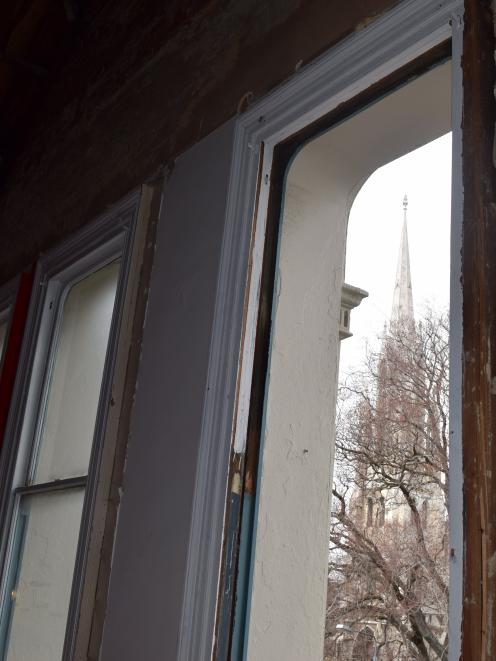 A view of First Church from an apartment in Investment House. Photo: Shawn McAvinue
Investment House owner Andrew Bosworth, of Glenleith, said he was excited to see his building in Moray Pl, opposite First Church, being refurbished.

"There is a lot of red tape and issues you have to deal with when you open up an old building, which eats into your contingency," Mr Bosworth said.

He expected the project to be "not too far off" the $3 million budget and for commercial construction company Naylor Love to finish the project on schedule.

Investment House got its name because it was once a bank - The Public Service Investment Society.

He and his wife Lynn bought the building about 16 years ago to run their company Better Business Accountants.

The plan had always been to refurbish the building, but it took time to find a solution which stacked up financially.

A decision was made more than two years ago to keep the bottom floor as office space for three businesses, including his accounting business.

The upper floor of the building was being transformed from "low grade office space" to four apartments.

Three apartments each had two bedrooms.

The fourth apartment - which his family would move in to - had three bedrooms.

The basement was being refurbished and would include eight car parks. 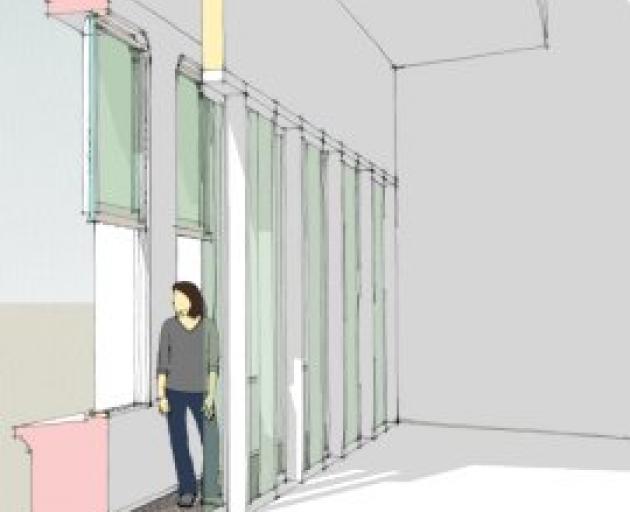 The architect’s sketch of a loggia space - an internal balcony - in apartments in Investment House. Image: supplied
In November last year, his accounting form moved out to a temporary site in Burnside so Naylor Love could start the project.

He had hoped the project could have included the installation of Juliet balconies on the facade of the building, but a proposal was declined.

"The heritage advisers wouldn’t hear of it."

He was happy with the alternative solution his architect had produced.

"He came up with an even better idea." 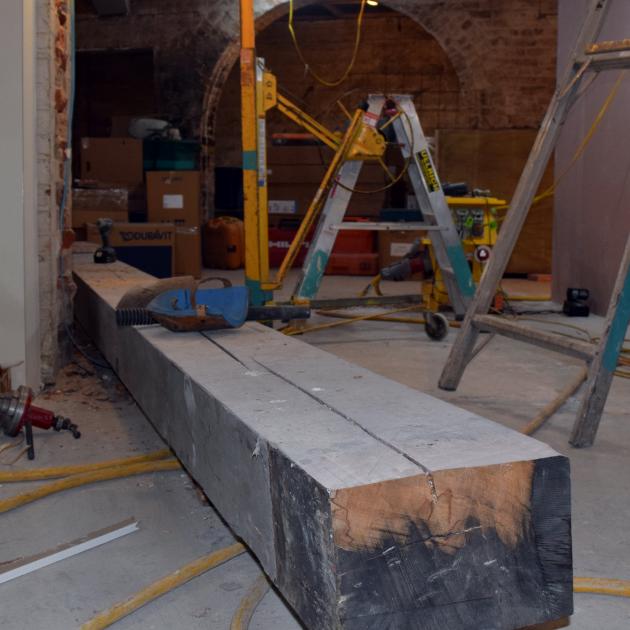 A rimu beam salvaged from the basement in Investment House. Photo: Shawn McAvinue
Heritage architect Ian Butcher, of Oamaru, said the solution was creating an internal balcony by removing sashes from window frames and creating "loggia spaces" behind the facade.

When completed, the paved outdoor space could be entered via an aluminium sliding door in the apartments.

Native timber was being salvaged from the building - a mix that included rimu and mahogany - for reuse in the refurbishment.

"It’s one of those projects were there is always more than meets the eye. When you pull it apart you discover new things."

The discoveries included uncovering charred structural beams burnt in a historic fire in the basement.