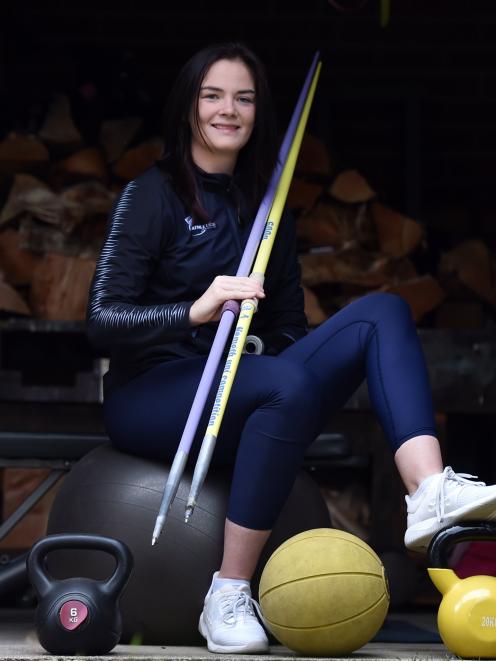 The 25-year-old javelin thrower was set to compete in the 2020 Summer Paralympics in Tokyo this month, until the Covid-19 pandemic took hold.

While she was disappointed when it was postponed, the nationwide lockdown allowed her to hit pause for the first time in a while.

"I didn’t realise until I stopped how much I needed to actually have a wee break."

The time off gave her a chance to focus on herself and work on some of the things she would not usually have as much time for.

She set some fitness goals, spent time with her flatmates, and continued her university Te Reo Maori course.

"It’s almost a blessing in disguise."

With more time to improve and prepare for the paralympics, she has her sights set on the domestic season which is set to start in November.

She hoped to start with some good throws to set the scene moving into the rest of the season and then Tokyo next year.

"We don’t know what next year is going to look like in terms of whether we’ll be able to travel but the domestic season is going to be our target at the moment, and then we’ll go from there."

Although things were starting to "ramp up" this year and she was so close to the paralympics, she was optimistic.

"It’s quite hard to get my head around it and sitting in my flat right now I’m like ‘I wouldn’t have been here’.

"Those goals have moved to another year."

Robinson was recently named one of three finalists for the Te Waita Award for Sport in the Matariki award.

Of Ngai Tahu descent, she had been learning more about her Maori ancestry in the past few years, and was honoured to be nominated alongside athletes Kiwi Campbell and Lindsay Tait.

The awards celebrate and acknowledge Maori achievements in Aotearoa.