By Brenda Harwood
0 Comments
Bringing women together for fun and fellowship, as well as mutual skill-sharing, remains at the heart of Women’s Institute, a century after it was founded in New Zealand.

Local leaders Mary Reet and Jo Kilgour, presidents of Eastern Otago Federation WI and Abbotsford WI respectively, are enthusiastic about the opportunities that come with being part of the organisation.

"Right from the earliest days in New Zealand, in 1921, the institute was all about teaching women a big range of skills — from bottling to fencing," Mrs Kilgour said.

"And learning and sharing skills are still just as important today, along with socialising.

"It is a lovely organisation to be part of — we have a lot of fun."

New Zealand Women’s Institute was founded in Napier by Miss Jerome Spencer, a "very formidable lady" who had been inspired by visiting a WI group while in the United Kingdom, Mrs Reet said.

WI was originally founded in Canada in the late 19th century, and had since spread across the globe, including several groups in Dunedin. 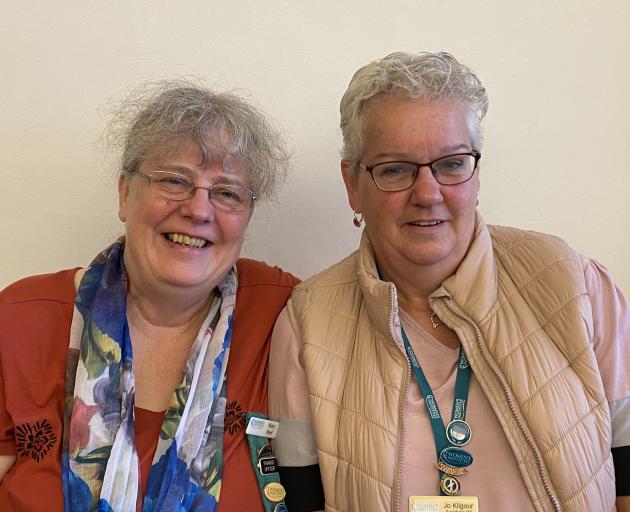 To mark 100 years of Women’s Institute New Zealand, each WI group in the country had received a kowhai tree, as a link between today’s institutes and the early groups, Mrs Kilgour said.

In addition, a statue of Miss Spencer has been unveiled in Napier.

The Eastern Otago Federation of WI, based in greater Dunedin, will plant its kowhai in the Dunedin Botanic Garden lower garden at 11am tomorrow, in the herbaceous border near the children’s playground.

The planting will be followed by a picnic lunch and socialising in the garden.

Local institutes met monthly, as well as tackling a range of activities and community projects, with many group members remaining active into their 80s and 90s, Mrs Reet said.

"It is an important part of life, spending time socialising with others and forming friendships.

"And, of course, there is still an important element of craft education. We have many ladies who are very skilled in creating beautiful needlework," she said.