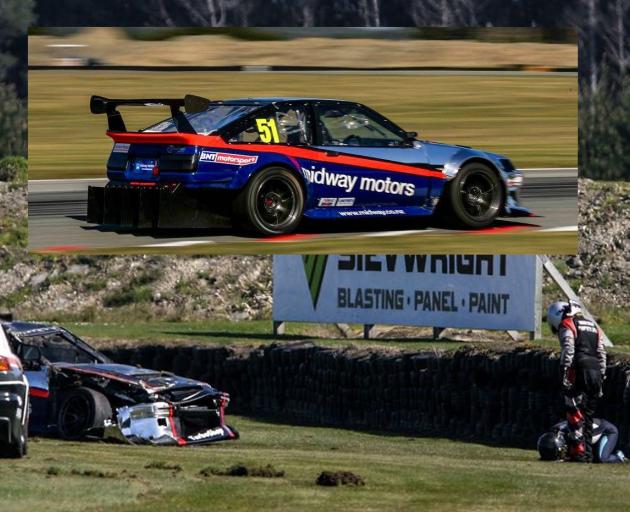 Henderson lies on the ground in pain after his Toyota Corolla AE86 rolled in a practice lap at the One-Hour South Island Endurance Championship at Teretonga Park in Invercargill in September 2019. Inset: The Toyota Corolla AE86 racing. PHOTOS: TERRY MARSHALL
Dunedin racing car driver Chris Henderson talks to motoring reporter Shawn McAvinue about his 2012 Toyota GT86, which was built after he rolled his 1984 Toyota Corolla AE86.

We decided to chuck a 6.2-litre V8 out of a Chevrolet Corvette in one and go racing. We campaigned that for five years and won the One-Hour South Island Endurance Championship with it in 2017 and 2018. We were racing against Ferraris and a Porsche 911 GT3s — machinery with a few more mod cons than us. We were looking at doing the three-peat in the championship but it wasn’t to be.

We were at Teretonga Park in Invercargill for a practice before the opening round in 2019 and I was coming around a corner at about 200kmh and another driver didn’t see me and turned into me, flipping my car on its roof and it barrel-rolled six times.

Q. Did you get hurt?

The crash was pretty aggressive and I was sore all over. I got taken to hospital and had a mild concussion. I was pretty lucky. 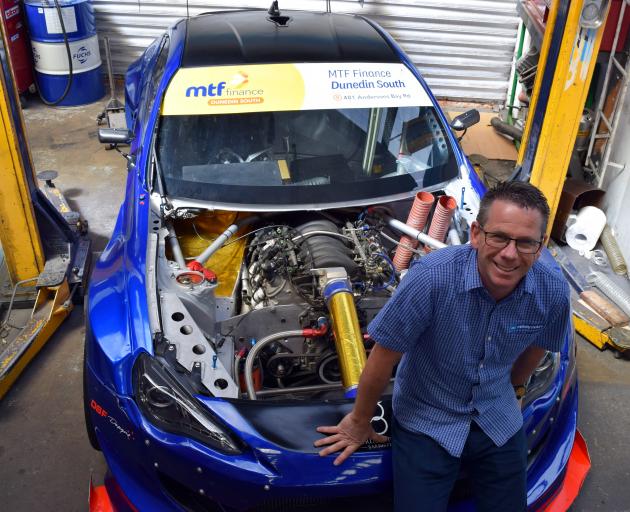 It was twisted and had a bent chassis and we couldn’t rebuild it. It was so far gone we had to start with something new. We stripped back a 2012 Toyota GT86 and spent a year rebuilding it in a workshop at Midway Motors, including transposing the V8 engine from the AE86. It’s amazing what you can get done in a garage in Dunedin.

Q. When did you finish the work on the GT86?

In September [2020] and we tested it in Invercargill and it went OK on a wet day so we raced it in the final of the One-Hour South Island Endurance Championship in Timaru the following month and got third. We’ve run it in the Open Saloon Car Association super saloons since and I’ve won the first two rounds and I’m leading at the moment. The third round is Invercargill this weekend.

It’s been a bit difficult — the spring rates I put in it were a bit too heavy so it was handling terribly but we have fixed that and the cabin is getting hot. In Timaru, luckily I’m fit because man it was hot. We have had a few wee teething problems.

Q. No problem too big to stop you winning?

No nothing major as yet, touch wood. It likes to use tyres and I’ve had the gearbox rebuilt because it was not changing down properly — other than that it’s going pretty good. 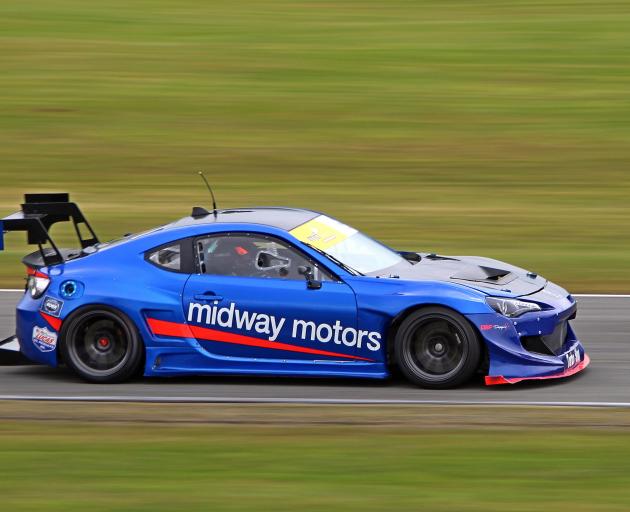 The GT86 is faster and phenomenal under brakes — it’s solid and stable and you can brake late and have confidence. The brakes in the old car were a little bit average. In a one-off lap I have done my fastest lap in my old car but perhaps that’s me, I’m not quite as fast as I was — I might be a little more cautious in the new car but I’ll get used to it. In a race, the new car is consistently faster. It’s fast.

Just to keep racing it and winning. I’d like to have another go at One-Hour South Island Endurance Championship — I’ve got unfinished business.