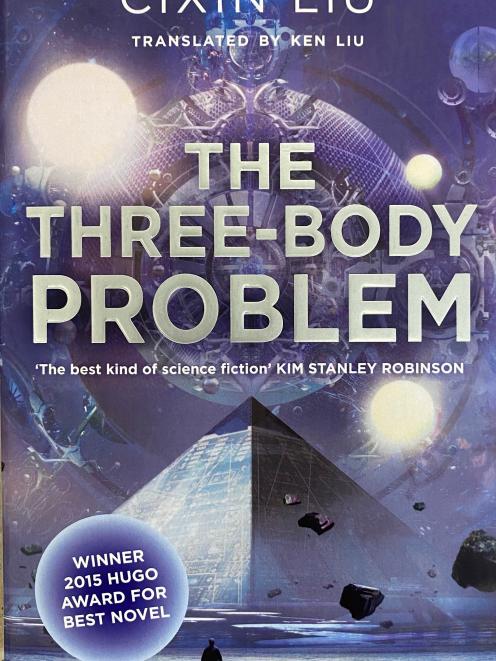 A game that is not a game, with sinister consequences for the real world, are at the heart of Cixin Liu’s fascinating, imaginative The Three-Body Problem.

Published in 2007, the translated novel — the first in the Remembrance of Earth’s Past trilogy — won the prestigious Hugo Award for science fiction in 2015, bringing Liu to international prominence.

The complex plot of The Three-Body Problem is based around a classic orbital mechanics calculation — how can the motions of three massed bodies [in the novel’s case three suns] be predicted?

The rough answer is, they (mostly) can’t, and what results is, in fact, chaos.

The novel’s action begins with China’s Cultural Revolution and its dark influence on brilliant scientist Ye Wenjie, shaping her life and the future of mankind.

He finds himself involved in a mysterious online game, striving to solve the three-body problem over and over again to prevent the destruction by fire of life on a strange planet.

Over time, Wang begins to suspect the terrifying truth — that the game is in fact the key to a conspiracy spanning light years, and that humanity is facing an extinction-level threat.

The story continues in the trilogy’s second and third novels — The Dark Forest and Death’s End.

For the Western reader of hard science fiction, Liu’s novels are a breath of fresh air, with characters and plots arising from a culture and political system very different to our own.

The beautifully translated language also retains echoes of the poetry of the original Chinese, making it a joy to read.