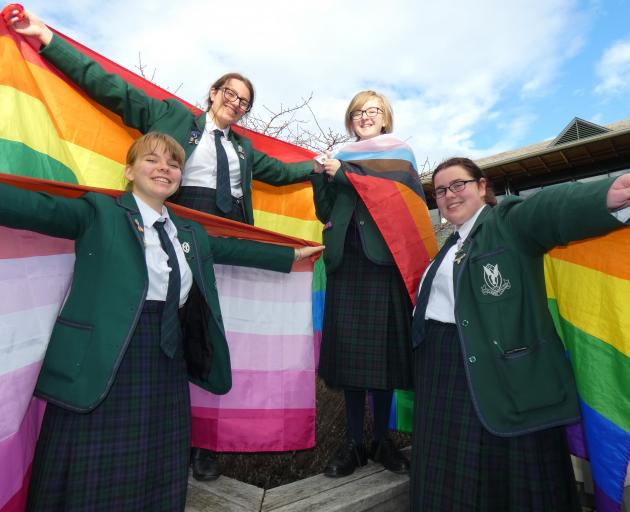 The group is busy preparing initiatives for Schools Pride Week, a nationwide campaign taking place from June 14 to 20.

One of the efforts of the group is to help educate people on the use of pronouns.

"I have an email signature set up that says Jasper Davis, (they/them), Columba College, so it says I use they/them pronouns, I don’t use she, he or him pronouns.

"It just makes it very clear to whoever I am emailing that this is what I go by."

Allegra Huband-Watson said group members were hoping to not only raise awareness but also help encourage inclusiveness of rainbow identities at the school.

The group was running a competition for creative writing and another for rainbow-themed art.

There were many ways people could self-identify, so it was good to learn about them and normalise understanding while still in school, Allegra said.

The whole school would also be invited to take a quiz about facts related to diverse identities.

The group had been running for four years at the school, with an average of about 30 pupils ranging from years 7 to 13 taking part in weekly meetings.

The aim was to ensure there was a safe space at the school where pupils could gather and be themselves, they said.