Alliance does well in a difficult year 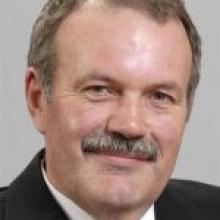 Owen Poole
Alliance Group has recorded an operating surplus before pool distributions, non-recurring expenses and tax of $20.7 million for the year to September 30 on turnover of $1.5 billion - down on the previous year's result of $29.6 million on turnover of $1.4 billion.

The meat company was satisfied with the result, especially considering the challenges faced throughout the year, chairman Owen Poole said in a statement yesterday.

Severe weather conditions at lambing last year resulted in about 1.6 million fewer lambs for export, with the lower South Island and lower North Island particularly hard hit. Both areas were key sources of supply for the company.

Record prices for livestock had helped, while those outside the affected areas have had an opportunity for an "exceptional" year, Mr Poole said.

The company announced its financial results in a media release but the annual report will not be available until it is posted to shareholders and the media on November 30.

The company said its balance sheet remained strong, with an equity ratio of 75.1% after providing for non-recurring redundancy and fixed asset write-down costs associated with the Sockburn plant closure.

The Christchurch plant will close at the end of the 2012 processing season, affecting about 250 jobs, having not operated profitably in recent years.

The company believed the future for sheep meat, beef and venison was favourable, driven by good demand around the world, chief executive Grant Cuff said.

"Market prices for our products are at high levels and the company remains confident..."

Alliance Group's core strategy of operating at the top end of the market remained. Its Ashley brand was the predominant brand for imported sheep meat in Europe, while its Pure South brand was growing in prominence in Asia, he said.

The company's annual meeting will be held in Invercargill on December 16.