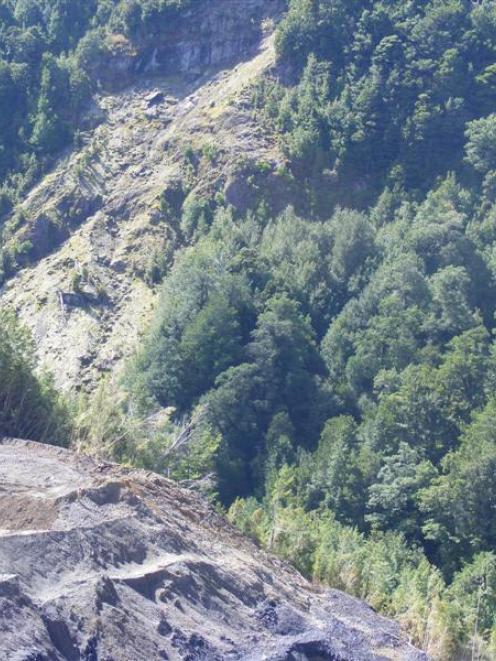 The challenges have delayed full project start-up by about six months.

Environmentalists are incensed by the mining proposal, while Bathurst Resources has become increasingly frustrated by regulatory processes and decision appeals.

Bathurst gained more than 20 consents 14 months ago from two West Coast councils in its bid to mine up to 2 million tonnes annually of specialist hard coking coal for export, mainly off the Denniston Plateau escarpment area above Westport.

Bathurst recently announced it was considering an aerial system, buckets or conveyor belts, to shift coal to the coast, which could mitigate some concerns.

Bathurst has spent more than $100 million so far, has $60 million cash in hand and $90 million in banking facilities available. It has sold about $A25 million ($NZ32.07 million) in coal during the past three quarters to March, booking total losses for that period about half of the sales.

Bathurst has to present its evidence to the Environment Court by June 18, and Royal Forest and Bird Protection Society of New Zealand and the West Coast Environmental Network will present evidence by August 20. The challenges will be heard in mid-to-late October.

Bathurst's managing director, Hamish Bohannan, said in a brief market statement: "This is a significant step forward for the Escarpment Mine Project which is expected to provide 225 new direct jobs on the West Coast and inject about $1 billion into the New Zealand economy over six years."

Bathurst is yet to seal an agreement with the Department of Conservation on access and mining concession rights in the area.

Forest and Bird and West Coast Environmental Network's separate appeals against the climate change declaration made in Bathurst's favour in May, which said climate change will not be on the Environment Court agenda, will continue concurrently with the timetable.