Job losses predicted to be worst for 20 years 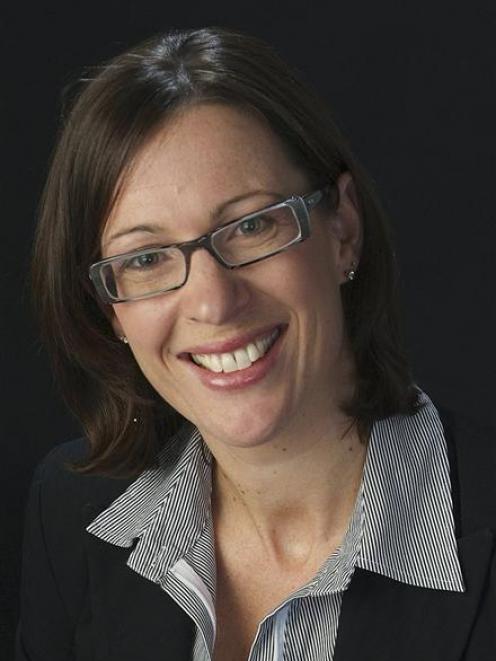 The latest Westpac McDermott Miller employment confidence index suffered another major blow in the March 2009 quarter, falling below the 100 level for the first time since the survey began in 2004.

A net 54% of respondents now said jobs were hard to get, compared with a net 26% in December.

Mrs Purdue said that was a massive shift in sentiment from a year ago, when a net 57% said jobs were plentiful.

Employees did not expect the job situation to improve much over the coming year.

A net 28% of respondents still thought jobs would be hard to find in a year, although that was a slight improvement from the December quarter, when it was a net 31%.

"Against the backdrop of perceived poor job opportunities, job security has fallen even further. That is telling for consumer spending going forward.

"The less secure people are in their jobs, the more conservative their spending decisions are likely to be."

Exacerbating that conservatism would be perceptions around current and future earnings, she said.

Both had suffered big falls in the latest quarter after holding up well in December.

Employees said their earnings growth had already slowed and would remain weak over the coming year.

"The drop in current and future earnings expectations is consistent with our view that wage inflation will turn down in earnest during 2009."

The results served as a further warning that consumer spending would be flat for some time, Mrs Purdue said.

While 76.4% of employers intended to increase or hold their current staff levels steady, 24% intended to reduce permanent staffing levels during the April to June quarter.

"With cost and demand pressures on business mounting, some employers have had to rapidly reassess their workforce strategies," Hudson general manager Marc Burrage said.

"We are seeing some employers talking to their employees about reductions in salary levels or offering flexible working practices, such as job sharing, to help retain the talent they've worked so hard to develop while addressing the current financial challenges they face."

The Hudson report showed that employer confidence continued to fall sharply across the regions, with all regions reporting negative sentiment.

Sentiment in the upper North Island was the lowest nationally, falling 18.7% to minus 15.9%.

A net 12% of employers in the South Island intended to reduce permanent staff, down 12.2%.

Outlook among larger businesses dropped the most, and while sentiment among small businesses employers had fallen, overall the sector remained positive.

In the South Island, the Canterbury region continued to suffer heavily from the recession in global manufacturing, with reduced export orders, the impact of the dollar and increasing pressure to move production offshore causing several manufacturing businesses to close, and many to shed staff or reduce hours in an effort to contain costs.

Employer sentiment in the manufacturing industry dropped a further 21.9%, with a net 28.6% of employers reporting an intention to reduce permanent staff over the coming three months.

Further south, the decrease in international tourists was hurting the tourism industry, traditionally a high income earner across the region.

Tourism operators reported a 68.2% fall in sentiment, with a net 50% of tourism employers intending to reduce their permanent staff levels over the coming quarter.

The information technology industry was one of the few industries in the South maintaining positive sentiment, with a net 19.5% of employers reporting an intention to increase their permanent staff levels over the coming three months.

Employer sentiment in the accounting and financial services sector remained strong, with a net 22.2% of employers planning to increase permanent staff over the coming three months.

"Clearly, there has been a decrease in confidence, as shown in the figures provided, and it is somewhat surprising to note the significant decline in confidence in Southland, particularly flowing [on from] the positive picture provided at the recent local job summit," she said.

From the association's perspective, the level of restructuring and redundancies appeared to have tapered off, although many situations were not made public.

Coupled with that, there was a widespread reluctance on the part of many employers to recruit new staff while the current economic uncertainty existed.

However, in some areas skilled staff shortages were still apparent, she said.

"We agree there are no indications of any immediate improvement in the current situation, but the next quarter results may prove a better indicator."

Otago Chamber of Commerce chief executive John Christie said Dunedin had recently gone through a round of redundancies that were signalled 12 months ago, well before New Zealand went into recession.

The Fisher and Paykel Appliances and Cadbury Confectionery job losses would have had an effect on confidence, but if it were not for those two high profile redundancy announcements, Dunedin would be weathering the downturn in reasonable shape.

"That's not to say we wouldn't have seen job losses, but I imagine our unemployment rate is lower than the rest of the country," Mr Christie said.

Workforce participation was still at high levels in the South, as employers used every avenue open to them to retain skilled staff, he said.

"The biggest challenge is to retain skills in the region.

"They are hard to get back when the good times come, and businesses are smart enough to know that.

"For the last four years, getting skilled labour has been the biggest inhibitor to business growth, and employers don't want to let go of good staff."

Mr Christie was aware of employers who were holding back from replacing staff who left as they struggled to contain costs in a downturn, but laying off staff was seen as a last resort.

The Fisher and Paykel factory closure would have hurt confidence, but reality was not as bad as perception, with businesses still hiring staff and looking for opportunities to expand in the downturn.

Mergers and acquisitions could mean some job losses, but the prospect of job growth in the future through a stronger company was positive, he said.

"Job growth is the first thing that comes right when businesses start to grow."

The unemployment rate is forecast to rise for at least the next 18 months, peaking between 8.5% and 10%, according to latest reports.