Planning ahead key to new business 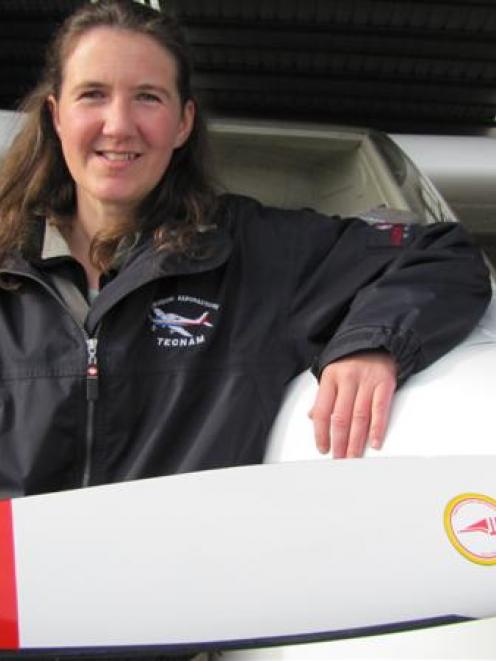 Wanaka aviation tourism operator Ruth Presland in front of a Tecnam Aircraft Echo Classic De-luxe, similar to one she has bought.
Wanaka flight operator Ruth Presland has invested $113,000 in a new aircraft and is moving premises, with the goals of building her business profile and supporting Wanaka Airport's tourism activity hub.

Ms Presland (35) has operated from the airport for nearly 11 years and until now has leased two Tecnam aircraft for the businesses she runs with partner and co-pilot Wayne Allanson.

Mr Presland said her decision to buy an aircraft was part of a long-term business plan and she was excited about the opportunities it was expected to bring.

"I can't believe it was November 2000 I pulled up here in a Tecnam with the wind blowing and thought "Oh my goodness, what am I doing here . . . Now I am in my 11th year of operation I have to diversify. I am keen to take U-fly to a national level and hopefully bring more people to Wanaka," she said.

Ms Presland has been an agent for Italian manufacturer Tecnam Aircraft for many years and launched her separate businesses in 2003.

U-fly offers passing travellers the opportunity to take control of the plane as part of a scenic flight (with an instructor) while Mountain Flying NZ provides licensed pilots with alpine flying experience.

The businesses operate from a leased office in a privately-owned Spitfire Lane hangar but will soon move to a vacant section at the airport entrance.

Ms Presland said the decision to negotiate her own ground lease with the Queenstown Airport Corporation was driven by a desire to be publicly visible and to cut overheads.

A portable office will be brought to the site as soon as the final consents have been obtained, she said.

She was motivated to buy the new, roomy Echo Classic De-Luxe, which arrives in November, because it is quieter, cruisier and more environmentally friendly than the two leased aircraft.

It was also simple and safe to land and less daunting for tourists and students.

"It can cruise at 105 knots, which is equal to 240kmh. It can get to Christchurch in 90 minutes and Auckland in five and a-half hours. The other day, I flew down from Rotorua in three hours and 45 minutes to Rangiora, which I thought was pretty good, though I did take a straight line.

"It took one and a-half hours to fly over the Cook Strait, which is a long time. But I had my lunch with me and just ate it and tried not the think of the water," she said.

Wanaka Chamber of Commerce president Leigh Stock said it was "sensational" a small business was continuing to invest in tourism in a tough economic climate. The key to weathering the cycle was a long term plan, he said.

"This is testament to the fact there is still investment going on in business. Businesses who have built themselves up over time can find themselves in a good position to build up the their products," Mr Stock said.

Other tourism companies were also investing. Wanaka Skydive is spending $2 million on a New Zealand-made Cresco Xstol aircraft and Edgewater Resort is spending $60,000 upgrading its spas. The Queenstown Lakes District Council's decision this month to put engineering contracts out to open tender was another boost.

While there had not been very many new entrants to the airport, it was performing consistently and the businesses based there were good for Wanaka, he said.

More details should be known this year regarding zone changes and master planning for growth at the airport.