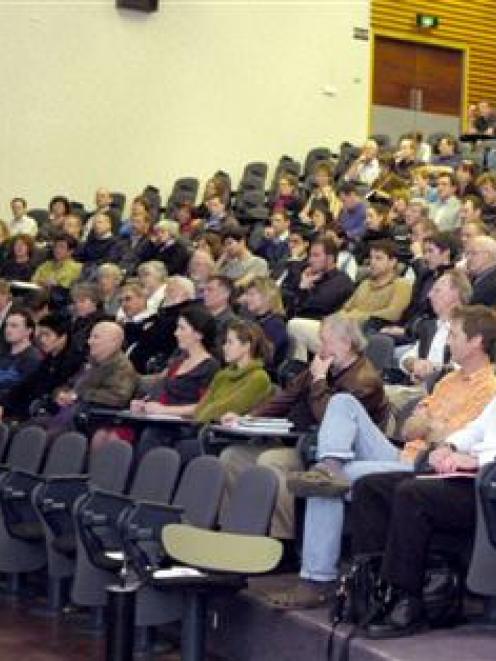 Prof Gluckman, chief science adviser to Prime Minister John Key, made his comments in an open lecture attended by more than 300 people at the University of Otago's St David Lecture Theatre.

In a wide-ranging talk titled "Science: A critical investment in New Zealand's future", Prof Gluckman said there was a "lack of genuine expertise in New Zealand in technology transfer".

He acknowledged work that was being done in this field, including at Auckland University, Waikato University and Otago University.

But it was generally "very hard" for private-sector companies to gain access to knowledge held in universities and the Crown research institutes.

It was ultimately "unrealistic" for the country's 30 research institutes, CRIs and universities to all host "centres of expertise in technology transfer".

He did not know the answer, but would be looking into the matter further in the next year or so.

Improvements were needed in many aspects of science, and a more collaborative and multidisciplinary approach was needed to promote national interests, he said.

Researchers also needed to communicate more effectively about their work, but exaggeration and "immodest" claims, such as to have "cured" cancer, did not help.

Scientists could play a valuable role not only by providing answers but also by asking themselves "what the science community could do".