A cyclist who broke his hand and was knocked out after a collision with an electronic scooter rider on a cycleway wants to see tighter regulations around where they can ride.

Auckland project manager Michael Cannon was on his way home from work on November 26 about 5.30pm in the CBD when he collided with the e-scooter rider on the Quay St cycleway.

As Cannon approached the junction by the Z petrol station, he turned his head briefly to check any traffic coming behind him. As he turned back to look ahead he glimpsed a man riding an e-scooter towards him.

He slammed on his brakes and the next thing he can remember is waking up, in pain, sprawled on the ground, with several people around him. He had been knocked unconscious for 15 minutes. 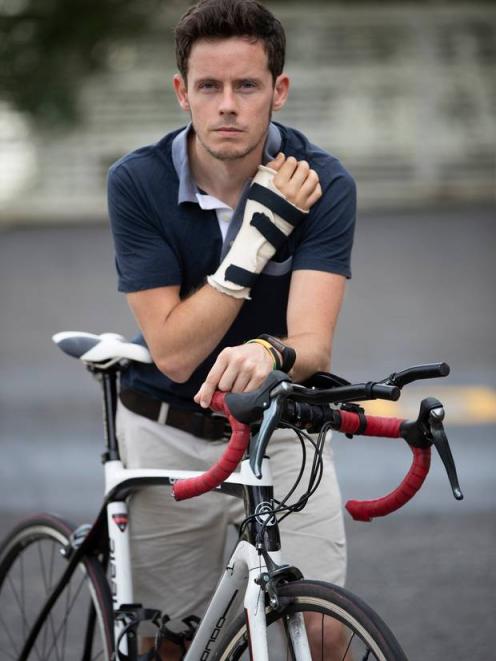 Michael Cannon was on his way home from work when he collided with the e-scooter rider on the Quay St cycleway. Photo: NZ Herald
"My first memory when I came to were three kind bystanders helping me, and then another chap who came over and said, 'Sorry again', and left. That was it."

Cannon was looked after by three bystanders before an ambulance took him to hospital.

Along with a severe concussion Cannon fractured his right hand into "fragments", requiring surgery and several metal plates to be inserted to hold it together.

He wore a cast for two weeks and now has another four to six weeks in a splint. He is facing several months of rehabilitation and won't be working until well into the New Year.

He and his partner had been planning to travel to Canada, to see Cannon's father, and then to the United Kingdom, where he is from, for Christmas and his birthday in early January, but decided against it due to all the associated costs from the accident.

Due to his injuries Cannon, a keen cyclist, would miss out on key events this season and would be unable to train for two to three months, putting at jeopardy aspirations to compete in a cycle race across the United States in June.

His carbon fibre bike was badly damaged in the crash and was estimated to cost at least $1000 to repair.

Cannon said while his memory was hazy, he was certain he was in the correct lane. He could not be sure the e-scooter rider was in the wrong lane, but said it seemed likely.

"He just appeared out of nowhere, I think he might have cut the corner leading up to the junction."

Cannon said he was just "cruising" and was going about 20km/h, but was not sure how fast the e-scooter rider was travelling.

The e-scooter rider had left his contact details with the people who looked after Cannon, who passed them on to the police.

"If it was me I would not have just left," Cannon said.

"Right or wrong, you would not just leave someone in a semi-conscious state who you've just had a crash with. I'd stick around at least for the police and ambulance."

Cannon said he was sharing his story to raise concerns about regulations on where e-scooters could ride.

Police told The New Zealand Herald they were still investigating the incident, but had spoken to both parties.

Cannon said police told him it was the first incident of its kind, involving a cyclist colliding with an e-scooter on a cycle path.

According to the NZ Transport Agency, it was illegal for electric scooters to ride in "designated cycle lanes that are part of the road (which were designed for the sole use of cyclists)".

However, e-scooters were legally allowed to be used on the footpath, shared paths and separated cycleways.

Accoring to Auckland Transport, Quay St is a separated cycleway.

Cannon feared despite his financial and emotional costs nothing would likely come of the incident, and he wanted to warn other road users.

Cannon said he also wanted to thank the "kind passers-by" who took time out of their day to help him after the accident.

As of December 9, there had been 408 e-scooter ACC claims, since the launch of Lime Scooters on October 14. Of these, 251 were in Auckland and 141 in Christchurch. 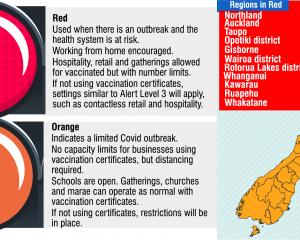 I'm wondering; had the other person been on an ordinary scooter then would the same call for regulations be made? If not then why the difference between a normal scooter and an electric scooter? Is it the fact the scooter has a motor? If this is the real reason for greater regulations then the same should also be applied to e-bikes.