​The highest level of lead in the water in Waikouaiti was almost 40 times the acceptable level - not four times as previously reported by the Dunedin City Council.

Meanwhile, Mayor Aaron Hawkins has welcomed the Ministry of Health's announcement that free blood tests would be made available to 1500 affected residents in Waikouaiti and nearby Karitane, north of Dunedin, next week.

Public Health South said tonight that a meeting for affected residents will be held at the East Otago Events Centre, 203 Main Rd, Waikouaiti, tomorrow at 7pm.

Southern DHB Medical Officer of Health Dr Susan Jack, and Dr Adam Pomerleau, a medical toxicologist University of Otago and National Poisons Centre director will discuss health impacts of lead exposure, what is known about the possible exposure and lead level blood testing clinics for Waikouaiti and Karitane next week. They will be available to answer questions. 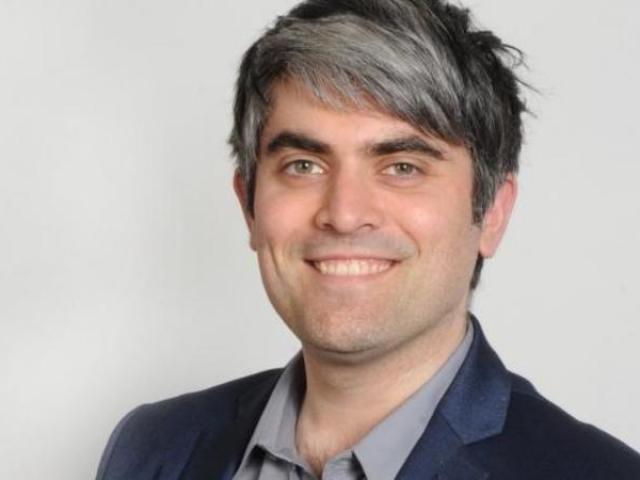 Dunedin mayor Aaron Hawkins. Photo: ODT files
The DCC said this afternoon that a result recorded at Waikouaiti Golf Club on December 8 last year was .39 milligrams per litre, which was four times the amount reported by a staff member in an interview with RNZ.

This meant it was almost 40 times the acceptable level of 0.01mg/L - not four times.

The December 8 test results were emailed to the council on December 18, but because a staff member was on holiday it was not until January 7 that council first learned of the results.

On December 8 there was also a smaller spike - but still above the acceptable level at the bowling club.

However, a sample taken from Waikouaiti township’s main street returned a result well below acceptable limits on that same day.

The council acknowledged the lower figure was incorrectly stated in a radio interview.

Despite being interviewed after the council released a statement late this afternoon confirming the worst result was almost 40 times acceptable levels, Mr Hawkins told RNZ tonight was not aware of it.

Asked about the way information was coming out about the situation he said: "That's not ideal from an internal communication point of view.

"But that result was forwarded as they all have been to public health authorities and we took their advice as to what actions should be taken."

Director-General of Health Ashley Bloomfield  earlier today revealed that Waikouaiti and Karitane residents would be offered free blood lead level testing as early as next week.

On Tuesday afternoon the council advised residents at both townships not to drink tap water after testing at the Waikouaiti raw water reservoir showed elevated levels of lead.

Testing near the end of the supply line had previously showed intermittent spikes in lead since August 2020, but officials decided the public did not need to be warned until this month.

The reservoir test result revealed there could be contamination at the water source.

Speaking at today's Covid-19 briefing, Dr Bloomfield said he had been updated about the situation after Ministry of Health officials spoke to the Dunedin City Council, Public Health South and the organisation which carried out testing of the water.

He had been told the 1500 residents in the townships would be offered blood lead level testing to provide assurance.

Dr Bloomfield said this was the right thing to do.

"They are just working through the logistics of doing that, standing that up next week."

This was being led by Southern District Health Board Medical Officer of Health, Dr Susan Jack.

SYMPTOMS TO WATCH OUT FOR

"In young children and babies, low levels don’t cause any obvious illness," she said.

The Dunedin City Council said this afternoon the tests were aimed at determining the impact, if any, of intermittent spikes in lead levels detected in drinking water in recent months.

Chief executive Sandy Graham said the council had been in regular contact with its independent drinking water assessor and Public Health South officials, and had followed expert advice throughout.

"Our staff are working hard to get to the bottom of what has caused the contamination issue and how it resolve it."

This included deploying water tankers to the affected communities and having staff on hand to answer questions.

The council was also working with an independent technical expert on the response and sampling plans, as well as identifying the source of contamination.

"The Dunedin City Council will continue to follow expert public health advice, as we have done to date. We will provide whatever support is asked of us from the Ministry of Health and other health authorities."

East Otago Health practice manager Jane Roberts said the practice had been inundated with calls since the news broke on Tuesday.

"We've been fielding a lot of calls, probably twice as many."

She estimated that since lunchtime yesterday, 20 to 25 people had been referred to Dunedin for blood lead level testing.

Test results had been fast-tracked and would be returned within 48 hours, she was told.

"We are waiting on these results so we can let the community know of the situation."

The Ministry of Health has set up an incident management team to ensure it was getting updates.

The main concern about lead was over the effect it could have on the neurodevelopment of children. But this was associated with long exposure and the length of exposure was not yet known.

The tests would give authorities a better idea about the situation.

He was asked if he been briefed about the situation.

"I have, and I asked the team this morning for a briefing and they have been on the phone with the public health unit down there and the city council and the organisation that does the water testing, Dr Bloomfield replied.

"What they are planning to do is to offer blood lead testing to the populations of the two places affected ... which I think is absolutely the appropriate thing to do."

Officials thought regular sampling showed no evidence of a continuing problem, until results of a January 20 test from the reservoir were received on Friday last week, prompting Tuesday’s notice.

So, anyone else wondering whether the rest of Dunedin City's water is OK to drink? It seems like these levels were detected incidentally. What monitoring is being done elsewhere?

... seemingly little care or hurry, and I suspect no responsibility. I expect only Vandervis will pursue this ... and there will be more concern about his being impolite than the substance of the complaint.

I believe that its only impoliteness that will shake out this council and he is the voice to lead.....next time vote only for one! Vandervis.