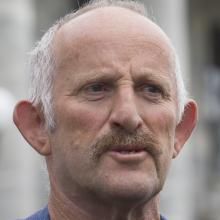 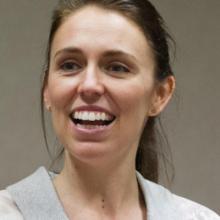 Labour leader Jacinda Ardern.
Prime Minister Bill English says he will rule out forming a coalition with the fledgling Opportunities Party if its leader continues to hold an attitude "outside acceptable boundaries".

A storm has erupted after Gareth Morgan tweeted Labour leader Jacinda Ardern should be required to show she's more than "lipstick on a pig".

Many have poured scorn on the minority party leader saying his tweet was terrible, misogynistic, horrendous, despicable and sexist.

Sure but it's pathetic isn't it?All that matters is policy.Jacinda should be required to show she's more than lipstick on a pig.Will she be?— Gareth Morgan (@garethmorgannz) August 20, 2017

This morning Mr English said he would not be able to work with Mr Morgan if he held that type of attitude.

"If you have got an attitude like that I don't think anyone in public life would want to work with him. That is outside the acceptable boundaries of political criticism and language.

"I think he has designed the comments to stir up attention because he hasn't had much lately."

An unrepentant Mr Morgan attempted to clarify his "lipstick on a pig" comment saying it was not a personal attack on Ms Ardern.

"Some people have taken my "lipstick on a pig" comment as a personal attack on the Labour leader Jacinda Ardern. I can assure everyone that is not the case," he said.

"Putting lipstick on a pig" is a euphemism for a meaningless face-lift or makeover. And until such a time that we see real change from the Labour Party we think that the euphemism is appropriate."

He said even former US president Barack Obama used the same phrase in 2008 when John McCain and Sarah Palin were talking about change.
He fired a broadside at both major political parties saying he was tired of establishment parties talking about change and doing nothing.

There were also other euphemisms he could have used including it's like polishing a turd, you can't make a silk purse out of a sow's ear, like changing the badge on a Skoda and a hog in armour is still a hog.

The pig is the Estab Party that caused the rise in inequality & has done nothing about it since.Needs more than infatuation with Jacinda— Gareth Morgan (@garethmorgannz) August 20, 2017

Deputy Prime Minister and Women's Minister Paula Bennett said Mr Morgan would be thrilled media were asking questions about him.

"He is gasping for relevance and so he has gone for a cheap shot to get the kind of reaction that he is getting. So I think I'll stick with our policy announcements that are far more meaningful for New Zealanders."

Ms Ardern today dismissed the lipstick comment as part of the cut and thrust of electioneering.

When asked about the "lipstick on a pig comment", Ms Ardern said: "I'm happy to add Gareth Morgan to our email list so that he gets updates on all our policy announcements because it looks like sadly he has been missing out on them."

She said she "wasn't particularly bothered by it" and was focusing on today's announcements.

She said while the tweet was firmly aimed at her she chose not to take offence.

"I have seen women take offence and people will take their own positions," she said.

When asked what she thought of Mr Morgan's term "Jacindaphiles", she said: "I haven't heard that one yet... I'm very happy to add him to our email list.

"I don't think it's a fair statement to make. But I'm happy to make sure he's better informed."

Asked about Mr English indicating he wouldn't work with Mr Morgan if he didn't change his attitude, she said Mr English would make his own "call on what he sees in the political environment".

"But I just see what is happening now as politics during election time - no different to what we usually see, unfortunately. It was aimed at me and the question was whether I take offence and I don't particularly. As I say, I'm more focused on outlining our policy announcements and vision for the future.

"I've certainly seen women take offence. And everyone will make their own decision around Mr Morgan's statements and around whether they choose to support him as a result."

Those that slam his comment obviously don't understand the meaning.