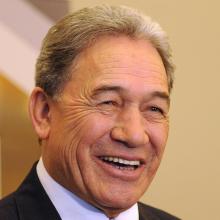 Winston Peters
The third- and fourth-ranked parties will hold their pre-election conferences this weekend in Auckland.

One will be confidently contemplating a time in or around the government, with influence. And the other?

New Zealand First averaged 10.7% in the most recent four opinion polls in June - more than twice its June 2014 average.

Any addition to that on September 23 will give Winston Peters his biggest caucus of MPs since 1998 when his party split on the breakup of the coalition with National.

Game on? Both did not rule out working together if need be. Hmmm.

The Greens will focus their conference at the Auckland University of Technology heavily on campaign strategy and technique, combining digital analytics, modern messaging to voters and on-the-ground campaigning, backed by much more money and paid staff than in 2014.

Their new young candidates will be showcased, including the women who posed like glamour models on the North and South cover in May and reeled in some converts. 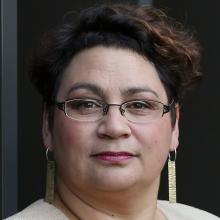 This generation and those a bit older, while less edgy than in the United States and Britain, don't share parents' and elders' established values and face high house prices, uncertain employment and student debt.

If the Greens can spark political interest among them, the Green vote could rise without worm-eating Labour's - that is, could add to the Labour+Green total.

With Labour now becalmed, failure by the Greens to build support with votes from elsewhere than Labour points to another term out of power. So the young vote is important.

But can the Greens win them?

The Greens have been around 45 years, initially as Values. Their core environmental message is no longer new or flash. The big old parties have encroached on the Greens' territory as attitudes and imperatives have evolved. Even NZ First had a presentable environment policy in 2014.

Mr Shaw in one sense underlines this. He goes down well with Auckland business, as a senior business figure enthused to me recently. He is sensible in Parliament. 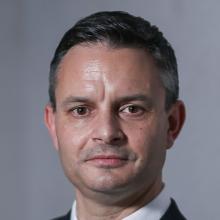 James Shaw
So Mr Shaw and Ms Turei have a double act to do: to combine that ``normalcy'' with a claim to be the future party, still pushing environmental boundaries (and a more equitable and cohesive society) to appeal to the young.

And they have to do that locked in to Andrew Little who presents Labour as more against than for. That is out of synch with an electorate which by a big majority thinks the country is going in the right direction, a positivity Mr Shaw reads as giving scope to do good environmental and social things.

That asks a question. What if Mr Shaw was leader of the Opposition and his deputy was Jacinda Ardern, this month glamming it like a Hollywood starlet on the cover of Next though agonising about anxiety inside?

Well, the de facto leader of the Opposition will be holding court in Manukau this weekend, getting on a bit but still with pull, as political gadabout Shane Jones has attested by joining him.

Take National down to 45% and, if Tuku Morgan's promiscuous matchmaking doesn't work for the Maori Party, National would need Mr Peters to govern. That will be an unavoidable talking point in Manukau.

Most of what Mr Peters says reflects his party's general lean towards the Labour side of politics on most issues. He has excoriated Bill English over Todd Barclay.

But back in 1996 he said far more scathing things about National and Jim Bolger and they reciprocated in kind - then cuddled up. As he could now.

Still, Mr Peters could go with Labour+Greens if they outpoint National. Another option: qualified support to a National government from outside.

He has options. Mr Shaw and Ms Turei have hopes.

It's all a joke. Please someone tell these jokey people. There's a country to run.