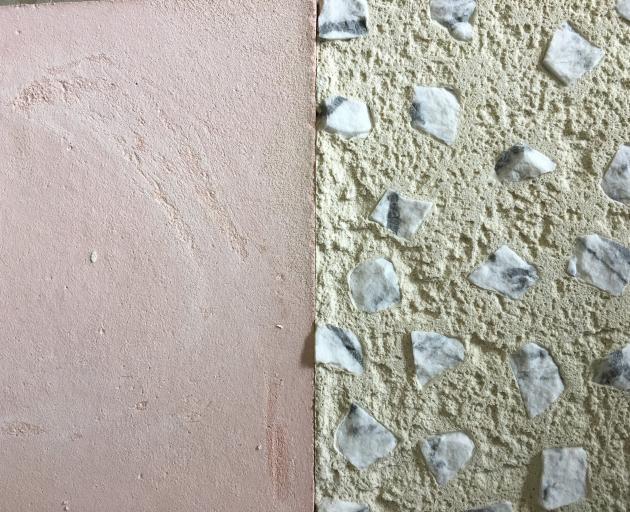 ''Compression Members'' comprises nine columns from the now demolished AMP building that stood on the corner of Princes and Dowling Sts. Completed in 1888 by Italian architect Louis (Luigi) Boldini, the building was considered excessively ornate and extravagant at the time.

Hope discovered sixteen of the original thirty-two columns in the gallery's collection and undertook research across a number of institutions to understand their provenance. Without their elaborate Corinthian capitals, the columns lose much of their decorative quality. Pinkish in colour they are smooth, even unassuming.

Hope's intervention has been to recontextualise the AMP columns as artworks in their own right, although something of their fragmentary nature lingers. As a counterpoint to the columns and independent artworks, Hope has incorporated stand-alone sculptural works by Auckland-based artist Amy Unkovich. 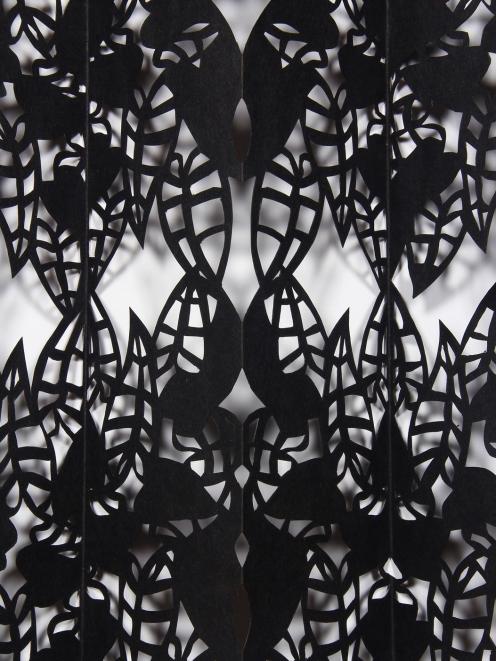 It has been a while since I have seen Lonnie Hutchinson's work in the flesh and on viewing the six works in ''Framing the View'' it is evident that Hutchinson has developed and mastered her signature visual and sculptural languages. Hutchinson sculpts space with black building paper.

Each sheet of thick building paper is folded vertically into evenly spaced pleats. This enables Hutchinson to cut forms and shapes that spring into life when unfolded. The resultant patterns primarily employ the horizontal in long bands stacked on top of one another, or in chequerboard or centred compositions.

In some instances elements of the various patterns repeat to form a continuous and kaleidoscopic composition as in How Do You Take Care of Your Foliage (2018).

Hutchinson's work depends on the fold for its making, but her key invention has been to turn this structural function into an essential formal component. That is, the practical necessity of the fold to make the work disappears, becoming instead an integral element of the work.

The resulting concertina-like form brings references to other visual and sculptural practices common to Hutchinson's Maori and Samoan ethnicity into perception such as weaving and sculpture. In some instances the subject matter or motifs of Hutchinson's works are similar to traditional taonga and in all instances there is the same degree of precision and mana. 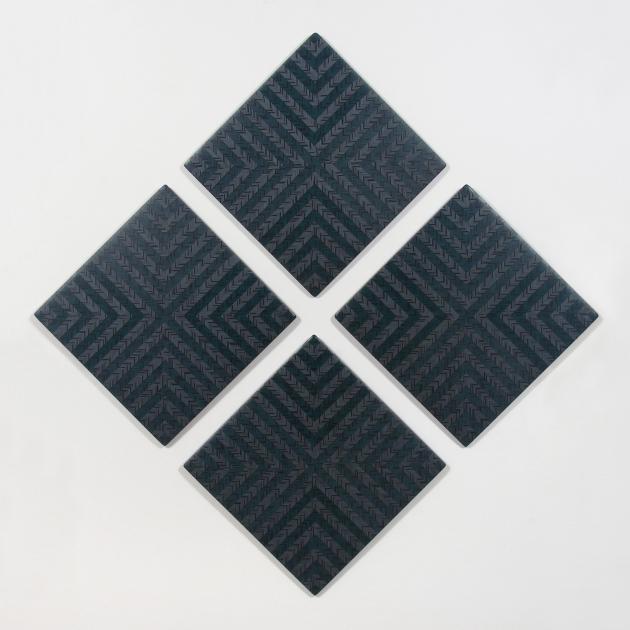 Te Rongo Kirkwood's exhibition seems to occupy a space between ''marama'' meaning ''to be clear'' and ''marama'' meaning moon. In this case it is the lengthening of the ''a'' that shifts the word's meaning from moon to something approaching the clarity of the moon on a bright night.

I say this because many of the artworks in ''Whanau Marama'' invoke the planetary, the cosmic, and the ways in which earthly and celestial bodies may communicate and interconnect. The work 4th Dimension Harmonics (2018), for example, alludes to a dimension beyond the traditional three, and ''harmonics'' suggests sound or vibration as a connective modality.

This work, like all works in the exhibition is kiln-formed glass and, like one other, is composed of four pieces of glass arranged into a diamond shape. Within each of the four pieces lies a carefully composed chevron pattern that radiates outwards from the centre and diminishes at the apex of each angle.

Given the marama/marama dynamic there are also many circular forms in ''Whanau Marama''. Two works (a diptych) are bisected by a common horizontal line (one also with a vertical), while three circular glass works are energised by chevron shapes-within-shapes.

These three works are related to one other by the part-title they all share Morphic Resonancewhich, as with ''harmonics'' points to another mode of communication or interconnectivity.