Colours from a New Zealand palette 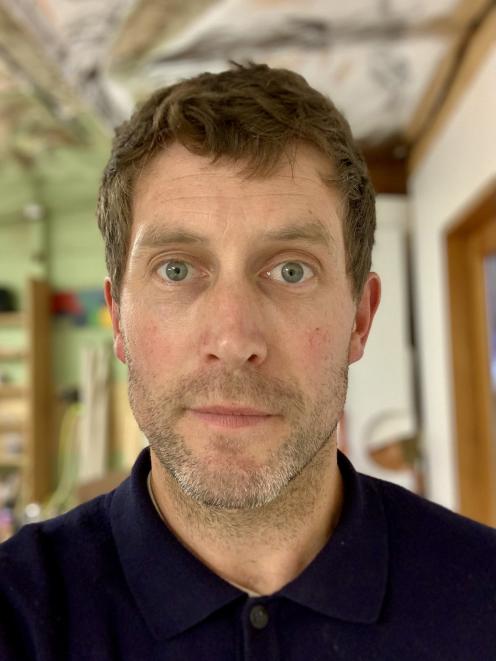 But in his latest works at Dunedin Public Art Gallery red, blue, yellow and green have been joined by grey.

Why grey? It is the colour found in the storeroom of the gallery, bringing its history to play in the exhibition.

The colours have transformed the Big Wall in the foyer of the gallery and the walls of the Trust Bank gallery with large washes of colour Perkins calls "wall paintings".

For Perkins the four colours speak to the New Zealand vernacular and are reflected in commercial paint company colour swatches, which are often named "poetically" to reflect the country’s scenery.

"There is a collective awareness of our relationships with colour in architecture ... this red oxide colour is reminiscent of the country’s woolsheds, the grey a concrete colour."

Just how distinctive New Zealand’s colours are, stood out to Perkins when he returned to New Zealand from a few years living in Spain.

"The range and way colour is presented to us and sold to us is different there."

It was in Spain his interest in architecture developed as he absorbed the different style of building in a new country.

"It’s the social and physical conditions around architecture and space for people, the historical significance and previous tenants, the history of buildings and social constructs around buildings."

In "A Kind of Arrow" Perkins has looked at the history of the DPAG, its previous use as a department store and the way its architecture has developed over the years.

In particular, the addition of the angled window that looks out of the gallery on to the Big Wall where his other work features.

"Obviously, this window is significant in the space. It is not often in a gallery space that you get to look out. In thinking about how the wall paintings function as frame to view another work, sets the viewer up with this sort of experience in mind." 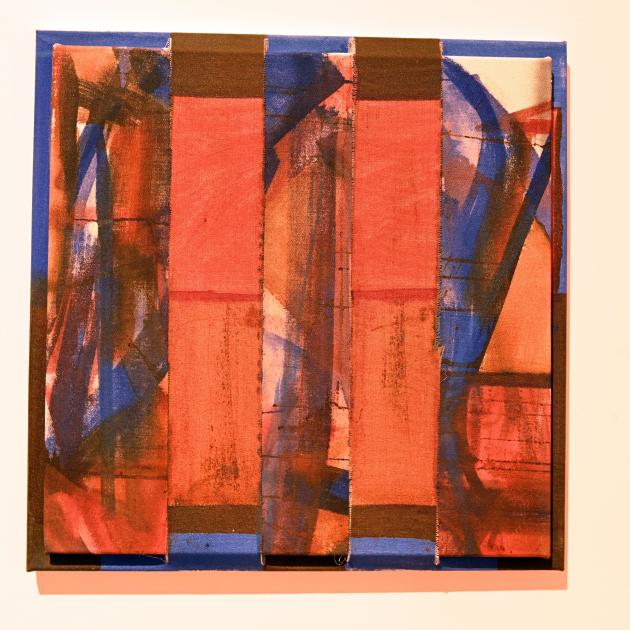 A kind of arrow 2022, watercolour, ink and size on canvas, by Oliver Perkins. COURTESY OF THE ARTIST AND MICHAEL LETT.
He has also used full-height aluminium poles to frame some of the wall paintings, reflecting architectural elements of the building such as the balustrades.

"The wall paintings sidle up to everyday experiences, it’s completely democratic, everyone can walk past a field of red or blue. Those two visual experiences are held in the show and suspended by the building itself."

In opposition to and in conversation with the wall paintings are works on canvas where Perkins has used ink in a process similar to staining to saturate the surface with colour rather than paint the colour on top of the surface.

To do this Perkins, who spent 10 years in London after completing his master of arts from Chelsea College of Art, uses rabbit skin glue, normally used by furniture makers, to create the tautness needed to hold the colour.

It was a discovery he made back in 2006 and has built on ever since as it also allows him to add layers and cut-outs to his paintings, inserting pictures within pictures.

He has found he is now more open to influences, such as the view from his home and studio in Lyttelton of the ships and ocean or from children’s cartoons playing at home.

"This way of painting or staining, you can hide quite a few images of things behind different layers of painting."

"From the get go the painting became a lot looser, far more freer."

But he has also found it has been a much wider process starting without knowing what the end point is going to be.

"There are very few paintings where I just have an idea and say I want to see that."

As the works for the exhibition had taken two years, once he had completed works he packed them up and stored them under the house. So he has found the works reflect chapters in his painting practice over the time.

"It’s been a very gestational exhibition. As I’ve pulled them all out, I’ve found quite disparate paintings but they connect."

Installing the exhibition has been an experience for Perkins who has not used any computer programmes to visualise the works in the space.

"It’s offering some surprises but mostly good ones."